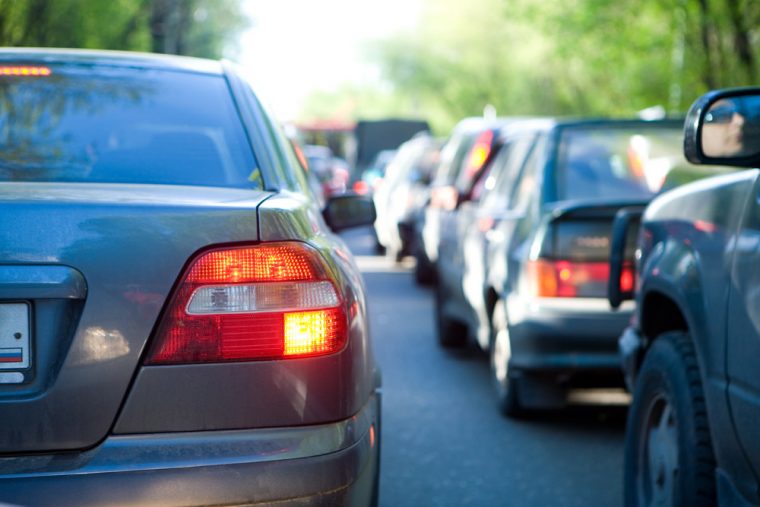 Perhaps it’s a trick of the gods designed to play with us silly humans or simply an inevitable coincidence due to favorable weather, but summer travel and road construction are a match made in heaven or more accurately the other place—the hotter place. Fire. Brimstone. Yep, you got it.

And, you probably think typical road construction is enough to raise your blood pressure, but then you remember the overwhelming frustration you feel when after merging from three lanes of traffic into one and then sitting there for ages, a car goes whizzing by you and countless others to essentially cut in line. Your five-year-old self is fists-clenched, temper-tantrum throwing mad, and the words, “That’s not fair!” or more adult-appropriate language rises in your throat and out your mouth.

Well, as we all learned in kindergarten, probably sooner, that life is not fair, we must now learn that our rage at the line-cutter is misguided. In fact, early mergers, in their intent to be courteous to other drivers, might actually be slowing down traffic, and according to the Minnesota Department of Transportation, can cause dangerous lane switching and accidents.

Instead, a more effective way to handle lane closures, according to Minnesota DOT, is to practice the zipper merge, which “occurs when motorists use both lanes of traffic until reaching the defined merge area, and then alternate in ‘zipper’ fashion into the open lane.”

According to Minnesota DOT, the zipper merge:

But, the zipper merge is only applicable when traffic is slow and heavy, according to Minnesota DOT, which notes that when traffic is light and moving at appropriate speeds, merging early is the way to go.

The zipper merge seems to be ideal in theory, but is it possible to get all motorists to let go of the line-cutter stigma?

To see the zipper merge in action, check out the video below: