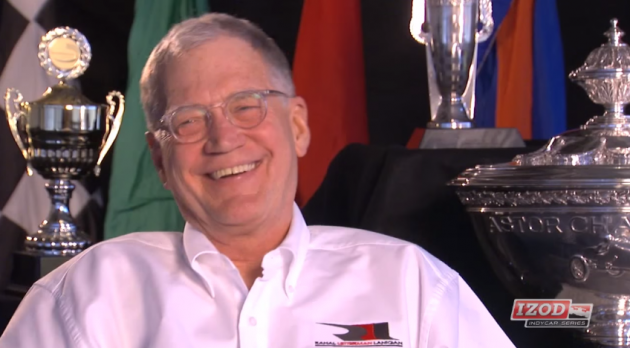 Tonight, after a record 33 years of hosting, David Letterman will officially retire from the world of late night television. Though he’s famously unsentimental, it’s quite possible that tears will be shed. Bandleader Paul Shaffer—who’s already gotten his own tribute in the form of a sightseeing bus—will almost definitely bawl.

Then, on Sunday, Letterman will reappear in the public eye, sporting coke bottle sunglasses, a four-day beard, and a pair of headsets at the 99th running of the Indianapolis 500.

Most people associate cars with Letterman’s arch-rival, Jay Leno (Dave has even mocked Jay before for adopting such a “blue collar” persona despite owning “more cars than Hertz”). However, the Indianapolis-born comedian has some considerable gearhead credentials of his own.

Sure, his car collection isn’t quite as large or exotic as Leno’s. In his appearance on Jerry Seinfeld’s “Comedians in Cars Getting Coffee” series, Dave showed off two of his cars: a 1995 Volvo 960 station wagon, and a Nissan LEAF that Seinfeld was ashamed to be seen in. (In Dave’s defense, the station wagon is actually pretty cool, considering it was a gift from Paul Newman, who modified it with a 380 horsepower racing engine.) 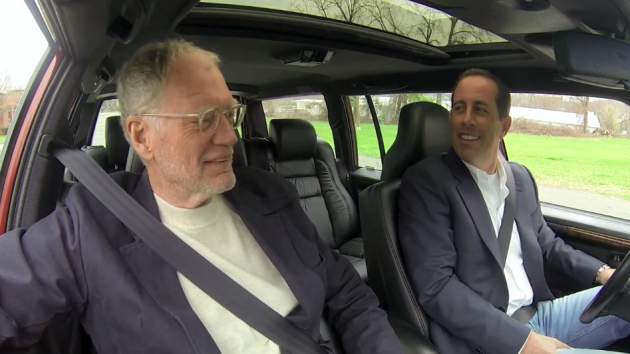 Letterman seems to reserve most of his automotive passion for motorsports. Born and raised near the Indianapolis Motor Speedway, a young Dave used to spend his time collecting model cars, particularly racers.

After graduating Ball State University in 1969, Letterman became an anchor for the Indianapolis television station WLWI. He received what was surely the thrill of his young career in 1971, when he appeared as an ABC Sports pit road reporter at the 55th running of the Indianapolis 500. Letterman (who was mistakenly introduced as automotive journalist Chris Economaki) got to briefly interview a 23-year old Mario Andretti:

In 1975, Letterman headed west to Los Angeles to try and make it as a standup comedian, and the rest is history. He certainly seems to have made the right career choice—although he seemed pretty capable as a pit road reporter, Letterman probably couldn’t have revolutionized motorsports journalism in the same way that he fundamentally reinvented late night television.

But despite the tremendous influence and longevity that he’s found in the field of comedy, Dave’s never forsaken his first love. For almost two decades now, Letterman has been a part owner of Rahal Letterman Lanigan Racing. In the past twenty years, the team has racked up 30 racing victories (20 in IndyCar, 10 in ALMS), 42 poles (29 IndyCar, 13 ALMS), and three series championships (one in IndyCar, two in ALMS). In 2004, they also notched their first and only Indianapolis 500 victory, with racer Buddy Rice.

Letterman and co. will be looking for win number two this Sunday, and we wish him the best of luck—not that he’s ever needed it.