It is really quite yellow. But gorgeous. Also yellow.

The Scion FR-S Release Series 1.0 was unveiled today at the New York International Auto Show (NYIAS), and it emphasizes everything that we love about the brand’s formidable sports car. Also, it is very, very yellow. Like super yellow.

“It’s fitting that the first Scion FR-S Release Series draws on the rich motorsports history that inspired the FR-S design while standing out in new ways that will excite our drivers,” said Scion Vice President Doug Murtha in a press release. “FR-S enthusiasts will appreciate the side spoilers and lowered stance that deliver a look and feel meant for the track, at a price meant for them.” 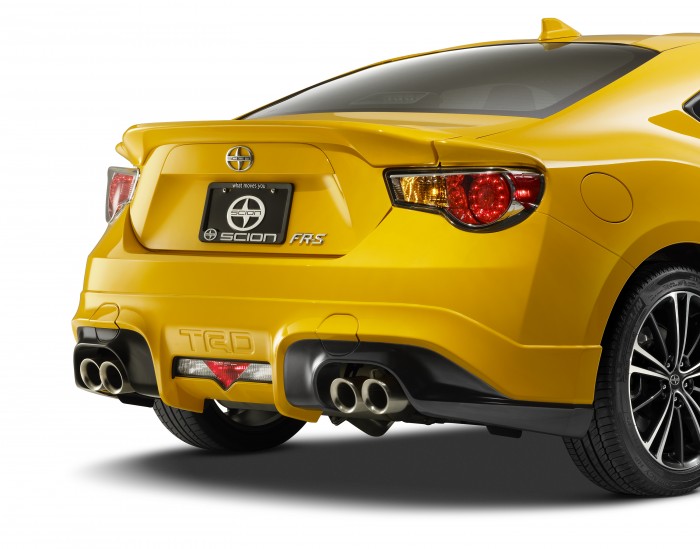 Murtha did not mention, however, what compelled Scion to make the Scion FR-S Release Series 1.0 ever so eye-burningly yellow. 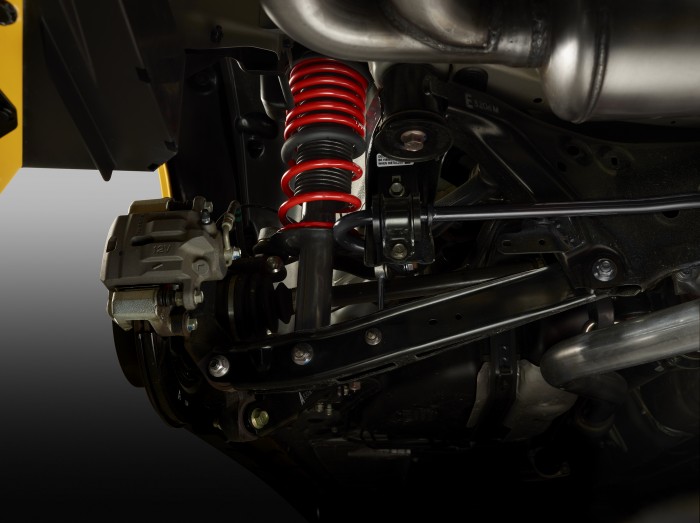 The Scion FR-S Release Series 1.0 will be limited to 1,500 examples and will tout features such as a TRD-engineered aerodynamics kit, TRD Quad Tip Exhaust System, TRD lowering springs, TRD steering wheel, TRD shift knob…yeah, you get the picture. Toyota Racing Developments have their prints all over this beauty, and that’s definitely something to love about it. Now, about that yellow… 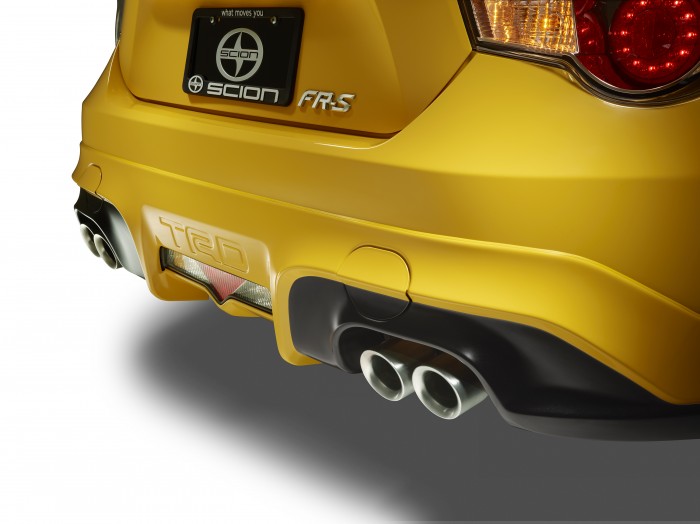 The Scion FR-S Release Series 1.0 will come with the driver’s choice of six-speed manual or a six-speed paddle-shift automatic transmission with Dynamic Rev Management® technology, and it will start at an MSRP “under $30,000, excluding the delivery, processing, and handling (DPH) fee of $755.”

The FR-S is joined by the xB Release Series 1.0 that was announced earlier in the week. Both models will release some time later this year.

Would you drop a shade under/over $30k on the extremely, extremely sexy/yellow Scion FR-S Release Series 1.0?