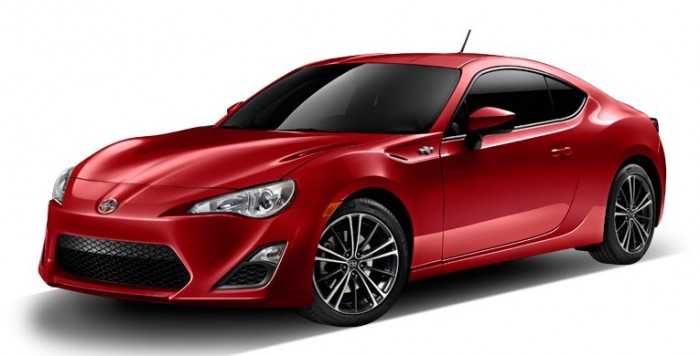 “The 2014 FR-S ‘Best Sports Car for the Money’ award from U.S. News and World Report underscores what our drivers have already discovered – thrilling performance doesn’t have to break the budget,” said Scion Vice President, Doug Murtha, in a statement. “The FR-S continues to bring together affordability, experience and safety in a way that excites drivers and the industry alike.”

The U.S. News and World Report honors are determined based upon factors including the TrueCar.com average price and five-year cost to own figures gathered by Vincentric, which is coupled with U.S. News vehicle rankings.

What’s more, the FR-S’ fundamental equal—the Subaru BRZ—took third behind the 2014 Miata. What sets the FR-S apart is a lower starting price point ($24,700 for a six-speed manual and $25,800 for a six-speed auto). The BRZ and FR-S share a platform, engine, and design aspects thanks to a partnership between Scion-owner Toyota and Subaru.

You know the FR-S is doing something right when it manages to outpace a vehicle that is more or less its twin brother with a different haircut on the way to becoming 2014 Best Sports Car for the Money. So what do you think: did U.S. News & World Report get it right, or is there another unheralded contender more deserving of the title?