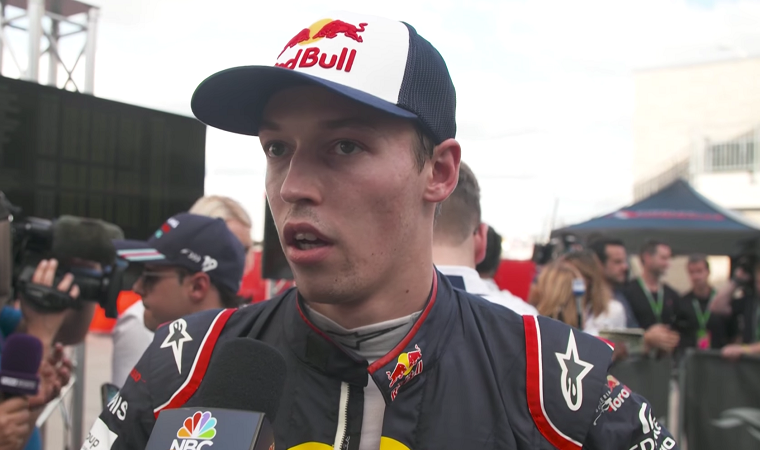 Red Bull advisor Helmut Marko has confirmed that Russian racing driver Daniil Kvyat would no longer race for Scuderia Toro Rosso. “Kvyat will not return again,” he told Germany’s Auto Bild. “We do not believe he can make the turnaround in the long term.”

Marko also confirmed Pierre Gasley and Brendon Hartley would finish the rest of the 2017 championship season. “Then we’ll see what happens,” he added. It more than likely spells the end of a tragic run in Formula One for Kvyat.

He started with Toro Rosso as a full-time F1 driver in 2014 and was named Rookie of the Year. In 2015 he was promoted to the Red Bull Racing team over the more established Jean-Éric Vergne when four-time World Champion Sebastian Vettel left to Ferrari after a thorough thrashing at the hand of his new teammate, Daniel Ricciardo. Kvyat then proceeded to score more championship points than Ricciardo throughout the course of that year.

At the 2016 Chinese Grand Prix, three races into the new season, Kvyat finished on the podium after a bold overtake on Vettel that earned him the nickname “The Torpedo.” Two weeks later, he misjudged his braking at the start of his home race and crashed into the back of Vettel’s car twice. Ricciardo was caught in the crossfire and as a result both Red Bull cars were unable to finish the race.

Accessorize, Accessorize: The best accessories to ride in style

Had it happened at another time in history, perhaps the Red Bull bosses would have tolerated the mistake. But they had been seeking a way to lock down Max Verstappen—the most promising new talent in a very long time—in a contract before he was snatched up by Ferrari or Mercedes. And so it was that by the time the F1 circus arrived at Barcelona, less than two weeks after the crash, Kvyat had been demoted back to Toro Rosso and replaced by Verstappen. As if to throw salt on the wound, the 18-year-old Dutchman then went on to win the 2016 Spanish Grand Prix.

Since then, it has been all downhill for Kvyat. Mentally, he didn’t seem able to recuperate. He was prone to mistakes and throughout 2016 and 2017 was all but demolished by his teammate Carlos Sainz Jr, for whom he had might have seemed a match before the demotion. He finished in the points only twice in 2017—in Australia and Spain—and both times behind Sainz before Toro Rosso began its game of driver Whac-a-Mole.

Kvyat sat out two races as rookie Pierre Gasly tried to impress the Red Bull bosses. He then came back for the United States Grand Prix as Gasly went to compete in the Super Formula finale and scored a single championship point in what could have been interpreted as a return to form. Kvyat called it his best race of the season.

Clearly, his bosses weren’t impressed. Kvyat was told he was free to find a new team, suggesting that whatever does happen next at Toro Rosso, it will not involve him. With all F1 seats claimed for the next season save for one at Williams, which is already being hotly contested between Felipe Massa, Paul di Resta, Robert Kubica and perhaps some others, it seems unlikely the young Russian will be back in 2018.