Stunning Sculpture at 2015 Festival of Speed to Honor Mazda Racing 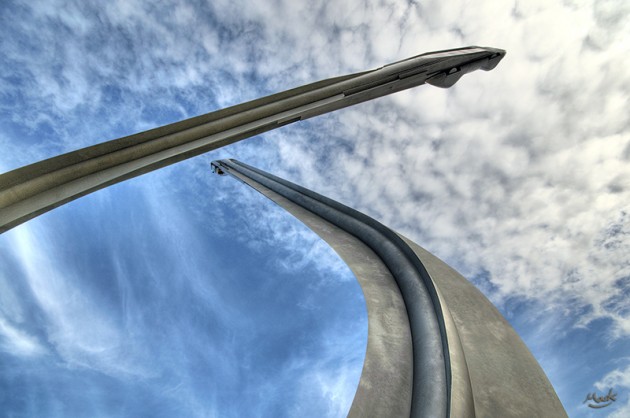 Audi sculpture at the 2009 Goodwood Festival of Speed
Photo: Mark Wheadon via CC

You don’t have to be a hard-core fan of the Goodwood Festival of Speed for your jaw to drop when when you see pictures of the Central Feature Marque in front of the Goodwood House every year. Since he began constructing immense works of automotive art in 1997, the Woodward House lawn has been the canvas of renowned sculptor Gerry Judah’s temporary monuments.

This year’s lucky (and quite deserving) subject of Judah’s handiwork will be Mazda‘s Challenger Spirit.

Mazda to Join a Legacy of Spectacular Works of Art 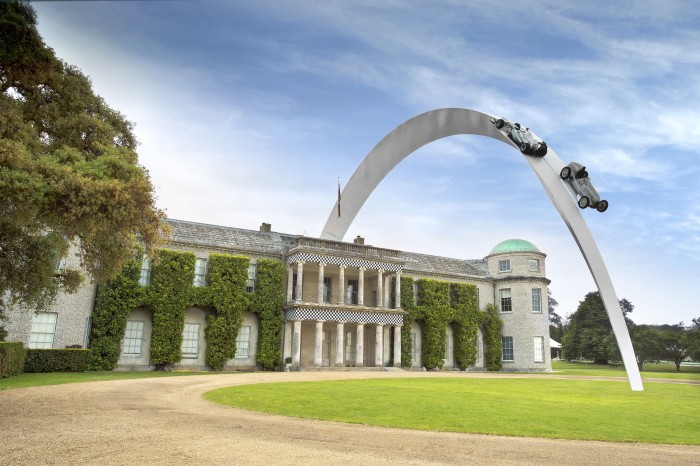 As with every year, sculpture artist Gerry Judah will be working with the selected automaker to design and erect a towering monument to the racing legacy of a special automaker. With the theme of the 2015 Goodwood Festival of Speed being “Flat-out and Fearless: Racing on the Edge,” Mazda seems like the perfect choice.

It’s an appropriate time for Mazda to be honored for its motorsports legacy, as the automaker is debuting three all-new models this year, as well as launching the next-generation MX-5. 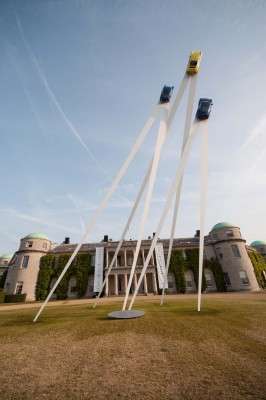 Porsche sculpture at the 2013 Goodwood Festival of Speed
Photo: Peter Castleton via CC

“Mazda has a long and proud heritage in racing, and through motorsport has demonstrated its engineering challenger spirit through the rotary engine, its Le Mans win and the LMP2 SKYACTIV diesel prototype currently racing in the United States,” stated Jeremy Thomson, Mazda Motors UK Managing Director. He went on to point out the brand’s perfection of the rotary engine, use of the Miller Cycle engine, and prevalence in the US racing scene.

The boundary-pushing brand will be joining a heritage of prestigious automakers taking center stage at the Festival of Speed, including Ferrari, Porsche, Audi, Jaguar, Mercedes-Benz, Renault, Alfa Romeo, and Lotus.

This year’s showcase will be a multi-sensory experience, featuring the unique sound of Mazda’s 1991 Le Mans-winning 787B Group C.

“We are delighted to be celebrating Mazda’s motor sport achievements and pioneering road-car technologies with the Central Feature,” stated Lord Charles March, the Festival’s founder, “and to help it showcase its brand-new cars to an international community of car enthusiasts and the world’s automotive media – an audience that only Goodwood can attract.”

It’s hard to capture in words the grandeur of Judah’s Central Feature structures, so we can only imagine what glorious piece of larger-than-life art will be revealed in June at this year’s Festival of Speed. 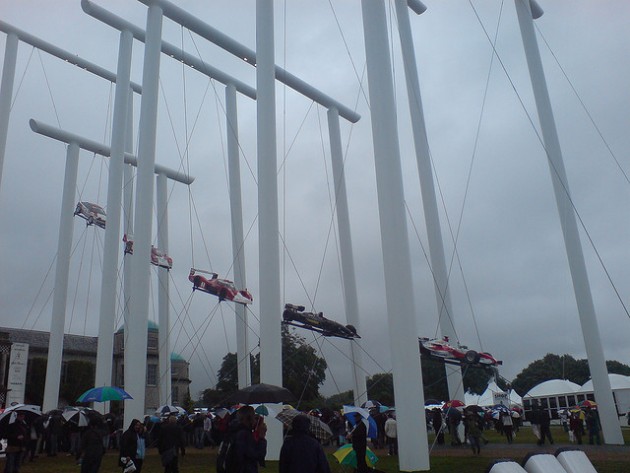 Toyota Sculpture at the 2007 Goodwood Festival of Speed
Photo: Sir Pix-A-Lot via CC