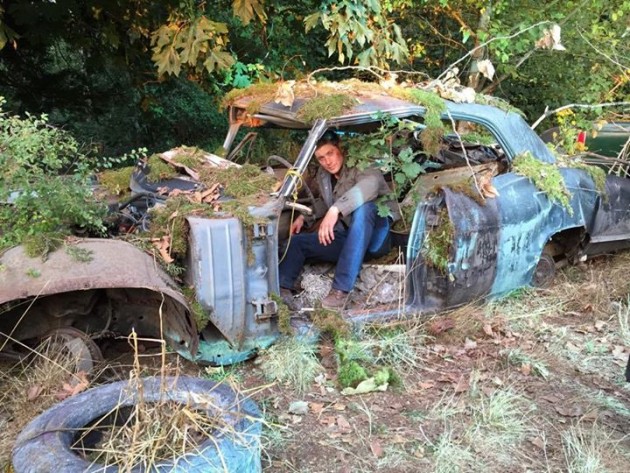 Any fan of the paranormal TV show Supernatural will tell you that it has a signature vehicle: a 1967 Chevrolet Impala. At the end of season one, the original Impala took a pretty good beating at the hands of a particularly vengeful demon, and it was presumed lost. The Winchester brothers onscreen mourned the cool ride, but then eventually moved on to a different classic Impala and continued to kick demons back to hell.

While filming a new scene for the upcoming 11th season of Supernatural, Jensen Ackles, who plays Dean Winchester (the primary Impala driver), saw a rusted car shell behind the production crew.

As Ackles looked closer, he realized that it was the original season one Chevy Impala! Check out the pictures of the reunion more than 10 years in the making below:

Show runners originally wanted a classic Ford Mustang to be the show’s hero car, but quickly changed their mind after a classic Chevrolet Impala was suggested. According to the show’s creator, Eric Kripke: “”My neighbour said it has to be a ’67 Impala, because you can put a body in the trunk. He says, ‘You want a car that, when people stop next to it at the lights, they lock their doors.’”

If you’re a fan of Supernatural, it returns to the CW with new episodes on October 7th in the United States.