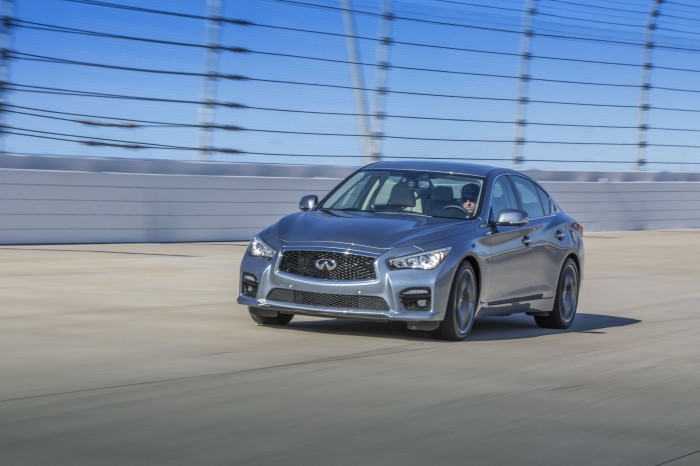 A few days before stepping on the podium at the Canadian Grand Prix along with teammate Daniel Ricciardo, Infiniti’s Director of Performance and four time F1 world champion Sebastian Vettel took the 2014 Infiniti Q50 sports sedan out for a spin at the Canadian Tire Motorsports Park.

Vettel drove media and special guests for more than 50 laps around the track, allowing them to get a better idea of what Infiniti is all about as well as the kind of performance and insight the company has gained from its association with the Infiniti Red Bull Racing F1 team.

David Coulthard, Red Bull ambassador and 13-time Grand Prix winner, also did his part in educating the media and guests by giving driving tips before allowing them to drive the 2014 Infiniti Q50 for themselves on an autocross course.

“When you have the world’s top driver providing real input into the performance of your cars, you know the final product will be something fun to drive,” said Stephen McDonnell, Managing Director, Infiniti Canada. “Today, we were able to show that connection, and it was thrilling for everyone involved.”