Chevrolet yesterday announced that its second-generation electric Volt would benefit from an all-new Voltec EREV propulsion system that will be built using data collected from drivers of current Volts. (EREV, of course, stands for extended electric range electric vehicle.) The new Voltec EREV propulsion system will be showed off early next year at the North American International Auto Show (NAIAS) in Detroit. 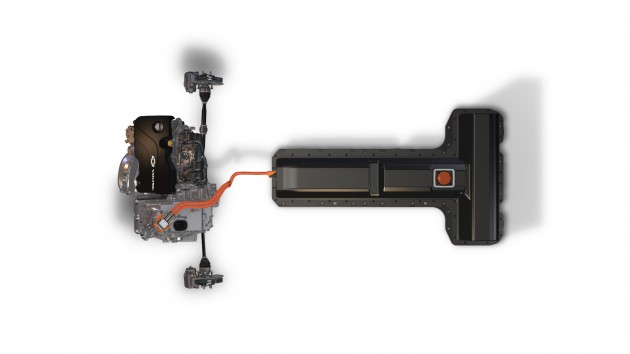 This new system includes the Volt’s battery, drive unit, range-extending engine, and power electronics. Per yesterday’s announcement, the propulsion system will be built at the Warren Transmission Plant in Michigan.

“Our Volt owners truly love the EV driving experience, with more than 80 percent of all trips being completed without using any gasoline. We’ve used their real-world experiences to define the next generation Chevrolet Volt,” explained Alan Batey, the head of global Chevrolet. “By putting our Volt owners at the center of what we do and leveraging our electrification engineering leadership, we’ve been able to raise the bar and will exceed their expectations with the new Volt.”

The battery technology has been improved enormously for the second generation, though, truth be told, it was not even necessary. Already, the majority of Volt drivers are seeing EV ranges far above what the EPA originally estimated.

“It would have been simple for us to tweak our existing battery to provide nominally increased range, but that’s not what our customers want,” commented Larry Nitz, the executive director of the GM Powertain electrification engineering team. “So our team created a new battery system that will exceed the performance expectations of most of our owners.”

Look for range estimates in January at NAIAS.

Safety 101: All About OnStar