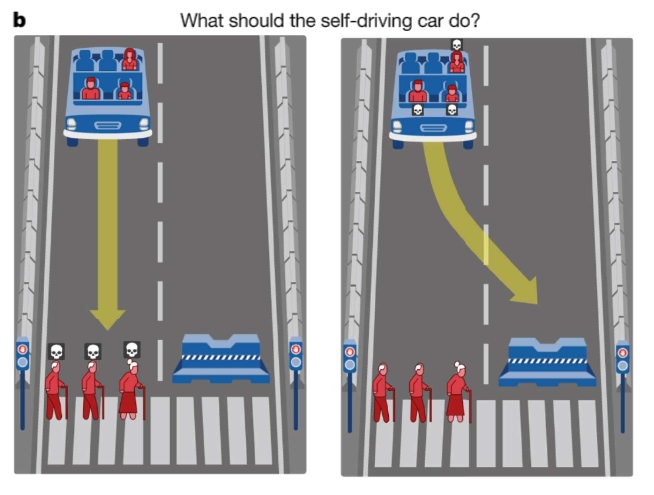 We reported before this on the Moral Machine, an international experiment that sought to answer one of the big ethical questions facing self-driving vehicles: “If the car has to pick to kill someone, who should it pick?” Previously, we discussed the global trends that people worldwide agreed on. However, there were some fascinating differences when the researchers broke the data into regions. They put the results in three general regions: Western, Eastern, and Southern.

Moving Around: These are the best Chevy vehicles for commuters

The Western region applies the most to us here in the U.S., as it refers to North America and many European countries of Protestant, Catholic, and Orthodox Christian culture. Interestingly, this group has the strongest preferences for the car not acting in addition to the three generally agreed preferences to spare more, spare the young, and spare humans over animals. This group also had weaker preference for sparing pedestrians.

The Eastern region includes “far eastern” countries like Japan and Taiwan in the Confucianist cultural group as well as Islamic countries like Indonesia, Pakistan, and Saudi Arabia. This group cared far less about sparing the young or the fit, but instead had stronger preferences to protect pedestrians and the lawful.

Finally, the Southern groups is mostly of southern countries. It includes Latin American countries in Central and South America, and some countries with strong French influence, like metropolitan France, French overseas territories, and countries that were at one point under French control. This group showed much higher preference for the self-driving car to spare the young, the high-status, the fit, and women.

The researchers also discussed differences based on whether the countries’ cultures were individualistic or collectivistic, the economic prosperity of the citizens (including inequality), and the health and survival prospects for women.