Seriously, “Game Changers” Had Better Be the Last MKC Parody 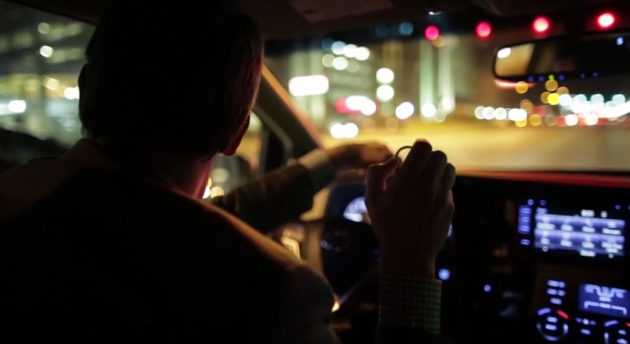 Here we were thinking that the onslaught of 2015 Lincoln MKC ad parodies had finally reached its natural conclusion after Power Wheels killed the whole thing dead last month. Apparently, nobody got that message to single-named St. Louis radio host Remy (of Mason & Remy), whose “Game Changers” video used the well-worn template of “drive around and talk nonsense while rolling your fingers around” to announce to his family that he and his wife are expecting their first child.

Given the circumstances surrounding the video, however, we are willing to permit just one more McConaughey parody. But it’s done after this, folks. Seriously. It’s enough. Last one.

According to Fox2 Now, the couple has been trying to conceive since the beginning of 2014. Remy’s wife Lauren has endured through a number of health issues, and so the announcement came as a welcome and pleasant surprise to the couples’ families.

The video itself doesn’t deviate from the formula laid out by the original ads or the seemingly endless parade of parodies that followed: Remy talks about the idea of game changers in life, somehow getting from eating pizza to pregnancy. As far as a McConaugheyian line of logic, it fits.

Remy and Lauren showed their parents over Thanksgiving, and their elated reactions are just enough to give this (hopefully) last attempt at drawing humor from the dried-up well that is the Matthew McConaughey Lincoln ad campaign a pass.

And, no, we’re not crying. It’s just really, really dusty in here.