Sesame Street Vehicle Spotlight: The Incalculable Coolness of the Countmobile 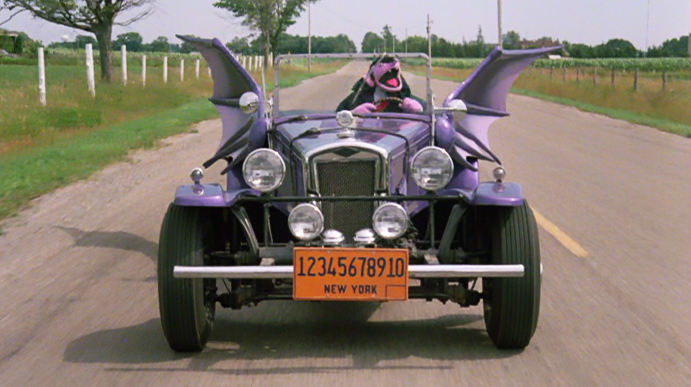 If there’s one thing that every childhood has in common–apart from being younger than we currently are, obviously–it’s Sesame Street. Jim Henson’s educational program has touched the lives and minds of billions of children around the world, teaching them basic facts and important manners while entertaining them with lovable Muppets.

The characters of Sesame Street will forever be in our memories and are still a joy to revisit. If you are now raising your own children or grandchildren, you may have gone back and watched some of the old Sesame Street episodes and specials. In fact, today’s the perfect day to do that–November 10th is officially Sesame Street Day, celebrating the groundbreaking show’s debut in 1969.

To celebrate, I went back and watched the underappreciated Follow That Bird movie–and I found something that wowed me: the Countmobile.

Why the Countmobile Deserves More Love from Car Enthusiasts 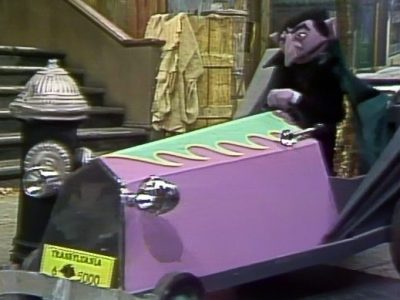 The Countmobile gets its name from the Muppet character who drives it: Count von Count, an obsessive-compulsive Transylvanian who has a penchant for counting everything. The name also borrows from Batman’s Batmobile, as–being a vampire-like individual–the Count is always surrounded by bats.

But instead of merely parodying the Batmobile, the show’s staff decided to make a unique car for the purple Muppet that had far more character.

The Countmobile first appeared in 1975 during season six, a purple roadster with green flames.

At that time, its license plate was TRANSYLVANIA 6-5000. The Count would occasionally drive the vehicle through Sesame Street, learning lessons on road rules and safety. While its design was appealing in a cartoonish way, it clearly was a model created on a low budget. 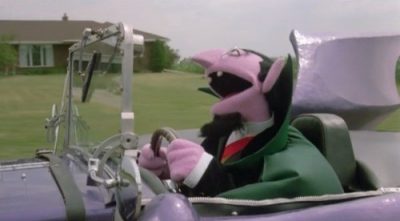 When Follow That Bird was released in 1985, some of the Sesame Street characters received their own vehicles–and the Countmobile got a seriously hard-core upgrade. Now a real car with exquisite modifications, this Countmobile was built on a convertible 1930s Frazer Nash replica with a purple paint job and large, scuplted wings. Its license plate was 12345678910 and registered in New York state. Not surprisingly, the Count spends his time behind the wheel counting things he passes on the road while he’s driving.

If the Countmobile were made today, no doubt it would be a green-friendly car powered by guano and sporting 123 horsepower–or rather, batpower.

28 MPG…29 MPG… 30 MPG! Muahahahah! Tips to get your fuel efficiency count even higher