"That is not dead which can eternal lie, And with strange aeons even death may drive." 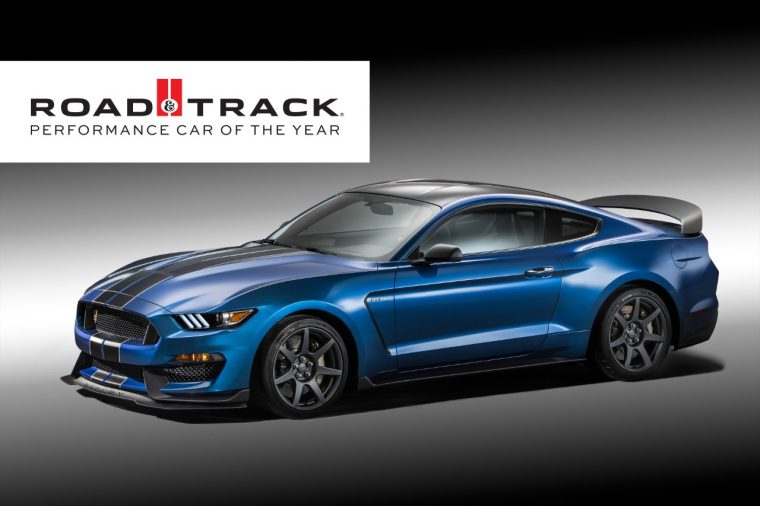 If you’re a Ford enthusiast who subscribes to Road & Track magazine, then you’ll want to mark your calendars for next Tuesday. November 17th sees the release of the December/January issue, wherein the Ford Shelby GT350R Mustang is named the 2016 Road & Track Performance Car of the Year.

According to the article, available now on the magazine’s website, the 2016 Shelby GT350R Mustang was pitted against seven of the best performance cars in the world today: the 2015 Bentley Continental GT3-R, 2016 Cadillac ATS-V Coupe, 2016 Chevrolet Corvette Z06, 2016 Dodge Viper ACR, 2016 Ferrari 488 GTB, 2016 Mercedes-AMG GT S, and 2016 Porsche Cayman GT4. An equally telling line is R&T editor Zack Bowman calling the GT350R “the Mustang all that Mustangs have been waiting to become.”

The entire article is a fascinating exploration of automotive power that is well worth the read, and it’s especially worth it for this appropriately Halloween-y conclusion:

If you could summon some sort of Lovecraftian dark magic to combine the best parts of the other seven cars in this test—the Bentley’s on-road poise, the Cadillac’s vivacious chassis, the Merc’s bluff-nosed retro charm, the Cayman’s accessible limits, the Ferrari’s auditory drama, the Corvette’s wide-hipped machismo, and the Viper’s sense of purpose—then what would appear in the swirling mists would be, not Cthulhu the Great Old One, but Shelby the Baddest Mustang. Our winner by a runaway vote, the Ford Mustang Shelby GT350R is, quite deservedly, the Road & Track 2016 Performance Car of the Year.