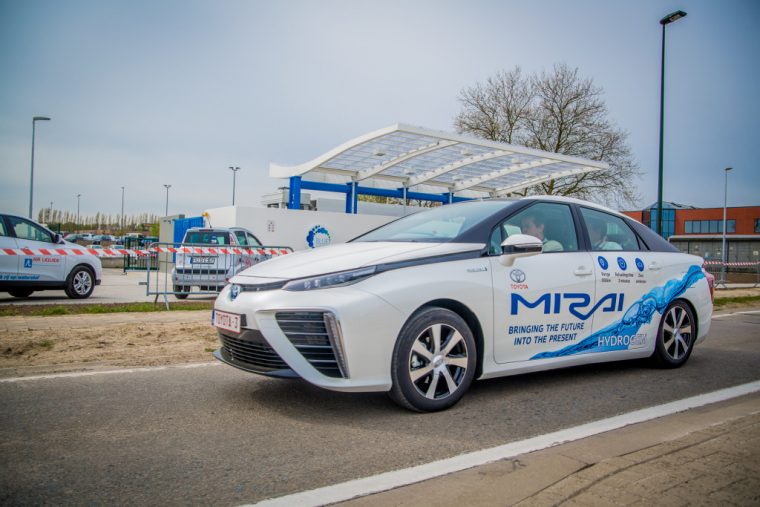 If alternate-fuel vehicles in the United States were a carful of kids, hydrogen fuel cell vehicles would be the one stuck riding in the back middle with his feet on the hump.

Partly this is due to how lean hydrogen fuel cell vehicle infrastructure is—at the moment, refueling stations are for the most part confined to California, with a few sprinkled along the East Coast. In total, according to the US Department of Energy Alternative Fueling Station Locator, there are only 33 hydrogen stations in the whole of the US.

Well, now, thanks to Shell, the gas station and petroleum company, that number will soon be 40, as it has announced it will be building seven more fuel stations in California through a partnership with Toyota Motor Corp.

This is apparently part of a measure by Shell to wean itself eventually off of oil, as its CEO said back in November that demand could peak in as little as five years. At this point, the company operates a small handful of hydrogen refueling stations in Germany and Los Angeles, with one coming in London this month.

Collaborations Are Fun: BMW and Toyota are teaming up on the new Corolla engine

This is a small step forward for hydrogen fuel cell vehicles, as, like battery electric vehicles, the largest barrier to its adoption as a fuel source is a lack of refueling infrastructure. However, that small step at this point seems almost microscopic, as 40 total fueling stations will hardly generate much demand.

So, while hydrogen fuel cell vehicles have inched one foot a little closer to the edge of the hump and is eyeing the foot well speculatively, it is still a far way from gathering the strength to establish its own space in a market where petroleum is still riding shotgun.