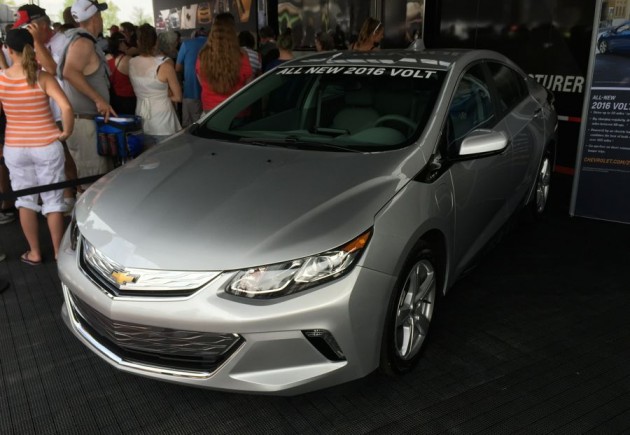 It may have been the sixth-gen 2016 Chevy Camaro that stole the show at this year’s Brickyard 400, but the pony car wasn’t the only new 2016 model that Chevrolet brought along to Indianapolis Motor Speedway. Silver examples of the 2016 Chevy Volt and the 2016 Chevy Malibu were also on display at the track, giving NASCAR fans a look at some of the newest additions to the bowtie brand’s lineup.

Debuting in Detroit at this January’s North American International Auto Show, the new Volt has also made other promotional appearances in the past few months, including being driven by George Clooney to the Tomorrowland premiere (the Volt has an appearance in the Disney film). 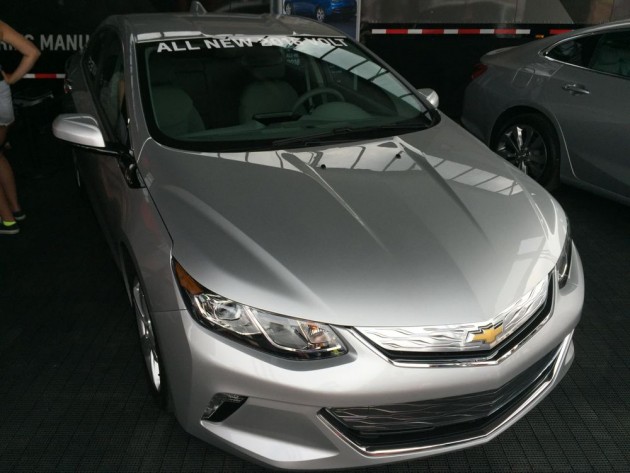 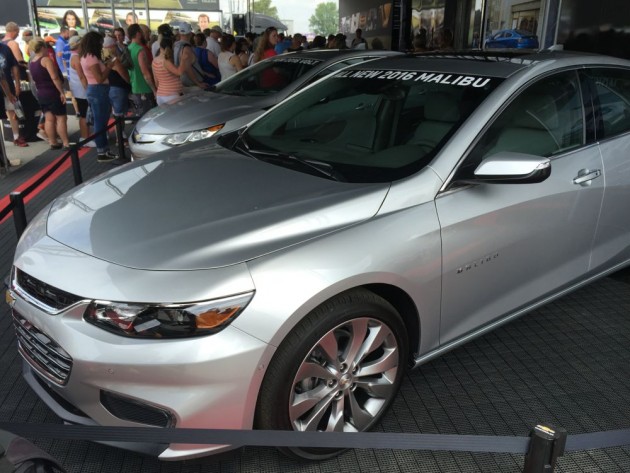 The electric hybrid Volt will go on sale in early October, and if you live in the state of California, you can already begin placing your order for one. The new Malibu, which was revealed in April at the New York Auto Show, is probably poised for a similar fall launch.

This has been a busy year for the bowtie brand—Chevrolet has introduced five new 2016 models this year, including the Camaro, Volt, Malibu, Spark and Cruze. The latter two were not on display at this year’s Brickyard 400.