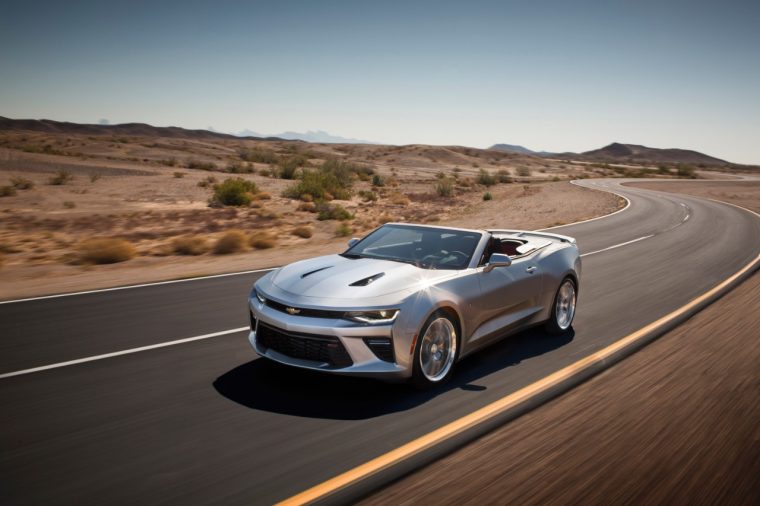 If you’re going to be driving fast in the heat of Dubai, you may as well be able to let the top down.

Chevrolet this week made the drop-top version of the 2017 Camaro available at dealerships throughout the Middle East, where it becomes the only convertible in its segment to offer: fully automatic operation, the ability to open or close at speeds up to about 30 mph, remote opening with key fob, and an automatic hard tonneau cover that completes the iconic Camaro shape.

“With many convertibles, you have to affix a tonneau cover manually—if it’s done at all,” said Tom Peters, design director. “The Camaro convertible’s automatically deploying hard tonneau not only makes it easier to enjoy convertible driving when the inspiration hits, it ensures the car always looks its best.”

The all-new Chevrolet Camaro convertible is every bit as light and nimble as the hardtop, thanks to the sixth-generation model’s stiffer and lighter architecture.

“From the beginning, the Camaro’s architecture was developed to incorporate a convertible with uncompromised driving dynamics,” said Al Oppenheiser, Camaro chief engineer. “Customers will appreciate what they don’t feel: quivers, cowl shake or an under-damped chassis typically found in a four-seat convertible.”