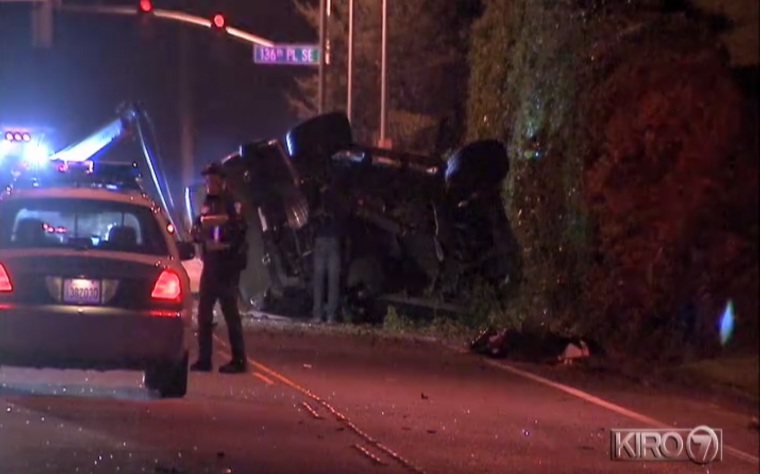 When the Seattle Seahawks somehow blew a 17-point lead in the fourth quarter of Sunday’s game against the Cincinnati Bengals, the team was accused of metaphorically falling asleep at the wheel. Now, Seahawks fullback Derrick Coleman is claiming to have literally fallen asleep at the wheel on Wednesday night, when his Dodge pickup collided into a Honda Civic at around 6:00pm, breaking the Civic driver’s collarbone.

A passenger in his pickup truck, which appears to have flipped on its side, was also taken to the hospital.

Bellevue police arrested Coleman last night for allegedly exiting his vehicle and fleeing the scene of the accident. Coleman’s agent, however, has an airtight defense for his client’s hit-and-run: he was really tired, you guys.

“While the facts of the case are still being determined, it seems Derrick may have fallen asleep while driving home from a Seahawks’ facility,” read a statement released by Coleman’s agent. “The health and well-being of all involved is our primary concern, and we are thankful to report that both parties are expected to make a full recovery. We will continue to work closely with the local officials while a full investigation is being conducted.”

The Seahawks, showing a disturbing lack of sympathy to the plight of sleep apnea sufferers, have suspended Coleman indefinitely, and he is also being investigated for vehicular assault and hit and run.