Solid Rubber to Steel Bands: A Brief History of Tires

Modern tires have come a long way, and certainly didn’t start like they are today. No, the story of the modern tire began around 150 years ago (in Scotland, of all places).

The first tires that we would recognize were made of solid rubber and appeared in the mid-1800s. The problem with these tires was that the solid rubber would not absorb shocks very well, resulting in a bumpy and unpleasant ride.

The first air-filled, or pneumatic, tires are often credited to John Dunlop, who made a set in 1888, but in reality, he was late by a little over 40 years. Pneumatic tires were first invented in 1845 by another Scotsman named Robert William Thompson. 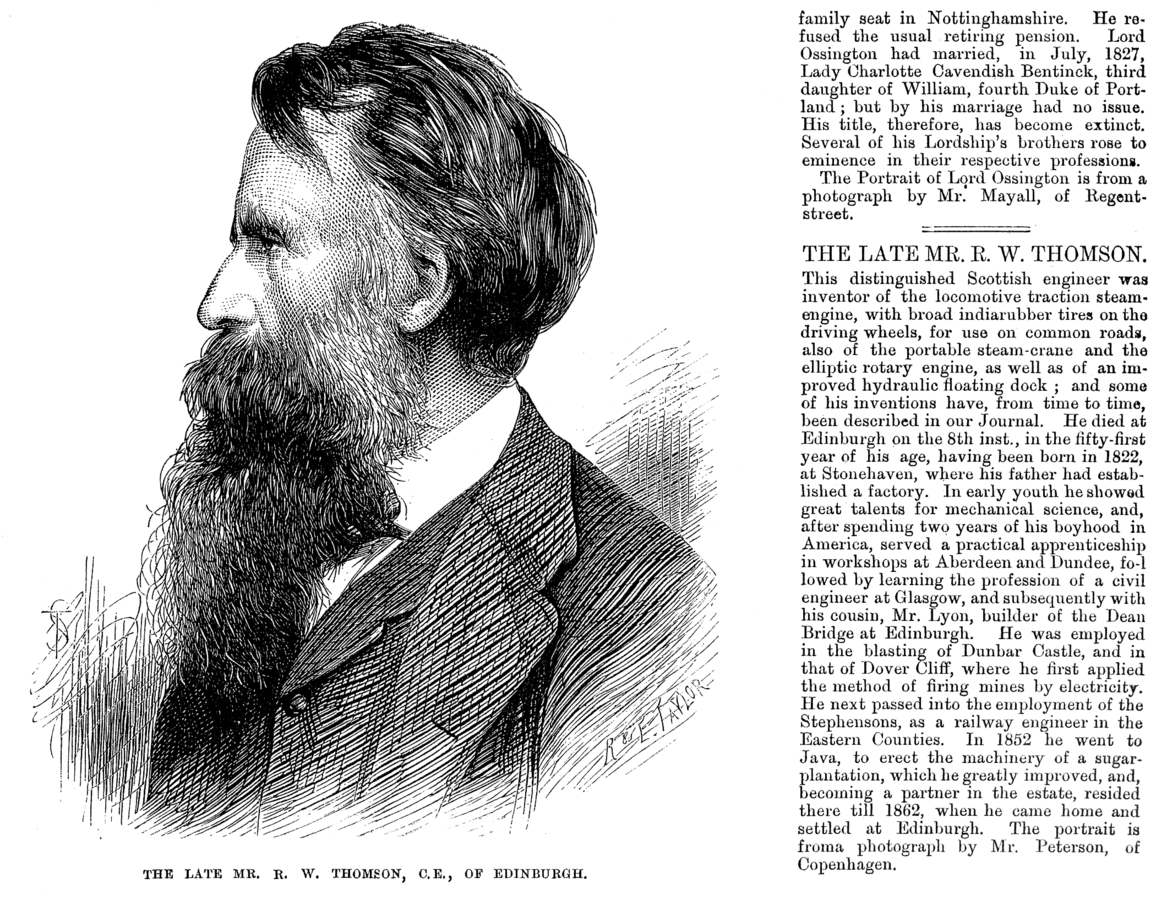 They consisted of a rubber tube filled with air inside a leather sleeve, and Thompson called them “Aerial Wheels.” Unfortunately for Thompson, this invention came about too early – bicycles weren’t yet in heavy enough use to create high demand, and, coupled with high production cost, the first tires fell into obscurity. When John Dunlop reinvented tires in 1888 (with canvas and rubber pieces instead of leather), it was a success.

The first pneumatic car tires, which were made with diagonal rubber cords, were pioneered by the Michelin brothers, who equipped a racecar with them and drove it in the 1895 Paris-Bordeaux race. Although they didn’t win, their new tires generated great interest, and soon pneumatic tires became the norm. 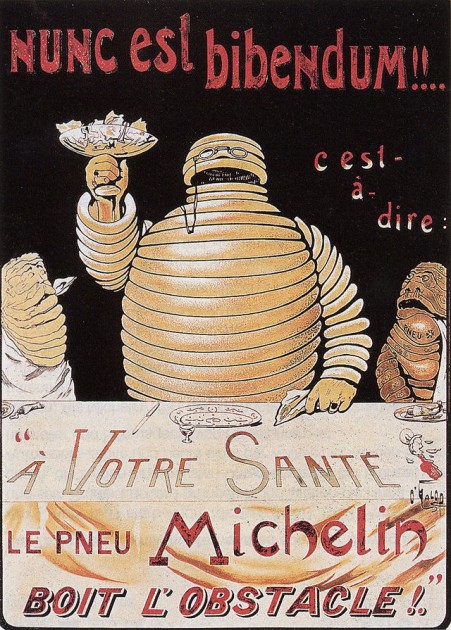 The text reads, “Now is the time for drinking! Which means: ‘To Your Health. The Michelin tire drinks the obstacle!’ “

This was helped along by legislation that discouraged solid rubber tires, which were bad for roads.

In 1948, Michelin came out with a new, steel-belted tire in Europe. These new tires were made using nylon, rayon, or polyester along with rubber, reinforced with steel fabric. These tires lasted longer, were easier to steer with, and had less road resistance, increasing gas mileage. However, they were more expensive to make, and required an entirely different suspension.

Despite the difficulties, these new tires became the norm outside of the US. In the US, car manufacturers saw the new tires as too expensive to make for a market that they thought wouldn’t be willing to buy them, so they stuck with the older tires.

In the late 60s, Goodyear decided to try to break into this market with a tire that added a fiberglass belt to the older, diagonal-cord tires, which increased their life by several thousand miles. However, when the gasoline crisis hit in 1973, Americans started buying more and more imported cars, equipped with the newer steel fabric tires. The demand for the new tires rose even higher when people found out that they increased your fuel efficiency; we have been using these tires ever since. 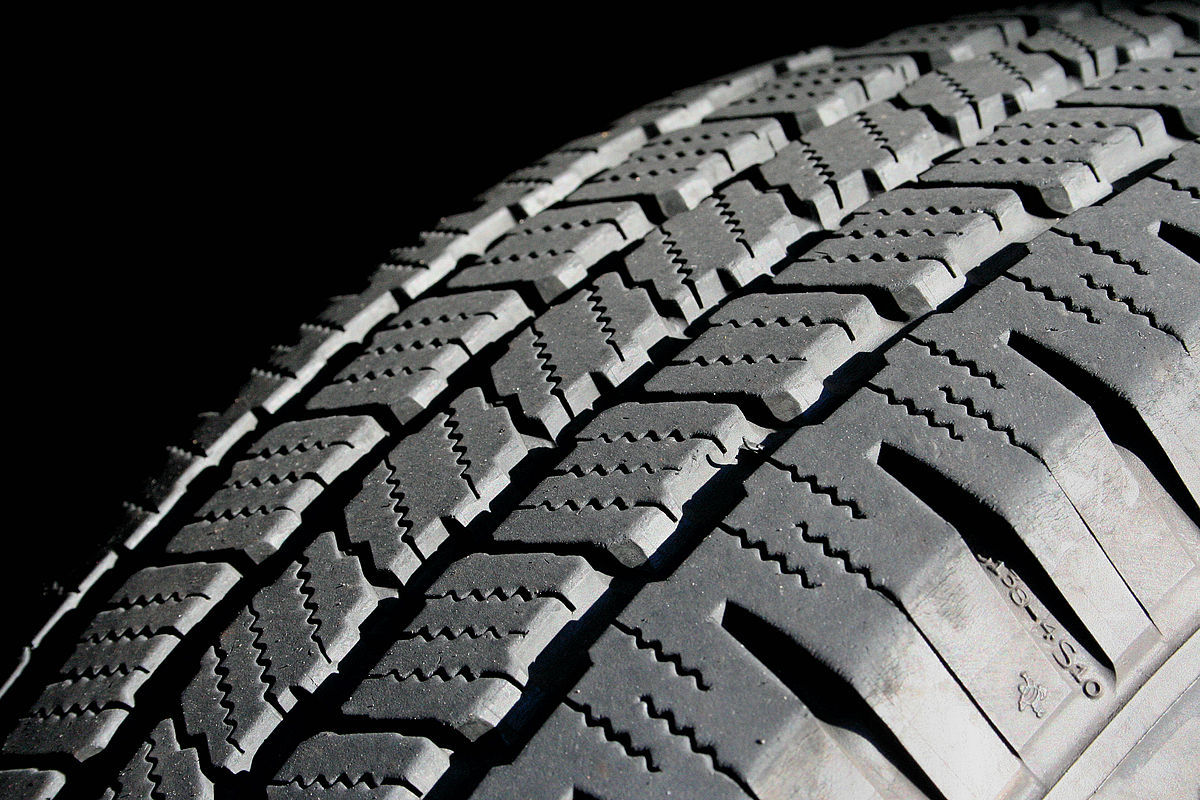