Some Nut Threw a Batarang at the Police Car Chasing Him

Sometimes, the news can get a little dry and dark, with all of the rumors about the size of engines of cars that haven’t been made yet mingling with stories about how this year’s child car deaths are rapidly outpacing last year’s. Really, it’s nice to find a story sometimes where nobody got hurt, but is just so bizarre it makes you laugh.

So, with that sentiment in mind, quick, what’s the goofiest thing that you have heard of a drunk person doing lately?

Now, wait to answer that for a second, because the following might change that answer: police in Seattle arrested a man after he threatened a bouncer at a bar with a knife tied to the end of a metal stick and then threw a Batarang at pursuing police once they arrived.

Normally, you would expect something that nutty to happen at 3am after a night of binge drinking and sleep deprivation, but the above happened at 6:30pm on a Monday.

Police were called to a bar in Capitol Hill after receiving a call that the 23-year-old suspect was waving an improvised spear (literally a knife tied to a stick) at one of the bar’s employees.

Sorry, What Did You Say? I said, here are all the reasons you should buy a Silverado 1500 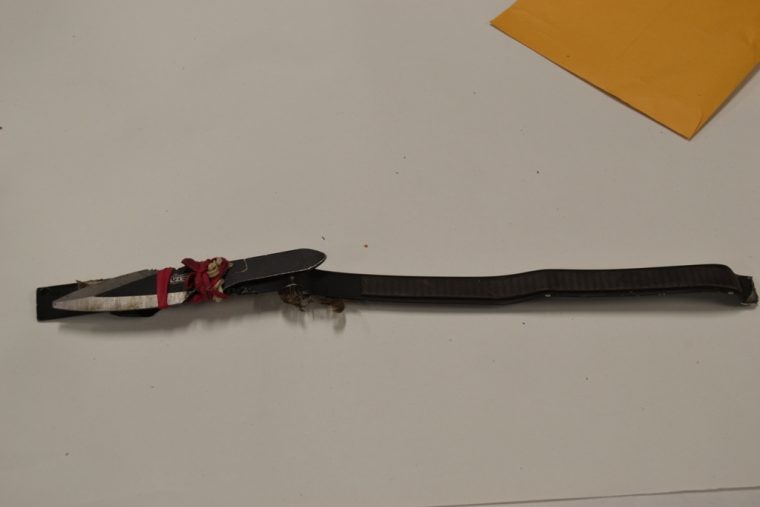 Side note: the spear appears to be decorated on one side with some feathers or something
Image: Seattle Police

Upon arrival, police began chasing the man, who fled the scene, and at some point threw something small and black at the officers’ SUV.

It wasn’t until they caught up to the man shortly thereafter that they realized that this guy has seriously thrown a Batman-style “throwing star” at a police SUV, which weighed enough and was sharp enough to strike and become embedded in the vehicle’s front bumper. 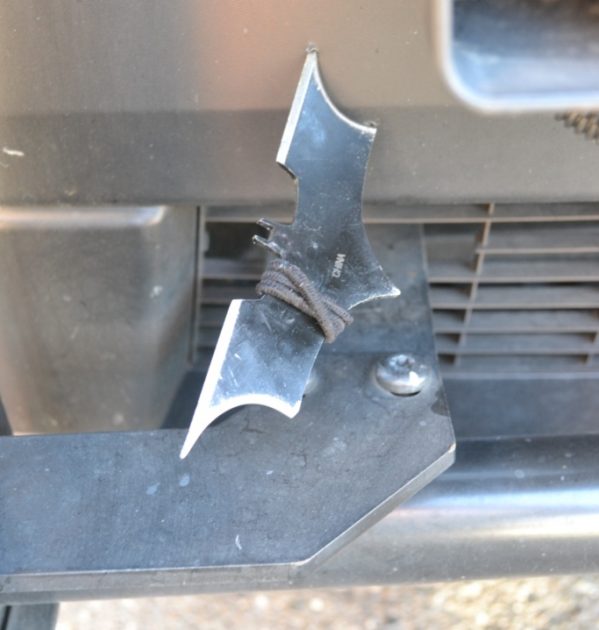 Hair tie delivery at its most extreme
Image: Seattle Police

This story raises so many questions about the enigmatic man (who, by the way, was caught and booked into the King County Jail for felony assault, with possible weapons and obstruction charges on the way). What was he doing at a bar at 6:30 on a Monday? Why did he have a metal stick/knife combo with him when he was at a bar? Who the heck carries literal sharpened metal Batarangs for self-defense? What sort of a downward spiral led this man to a life of bouncer-threatening and police-bataranging?

He is a mystery. An enigma. The guy who threw a Batarang at a police car.

Going for a Ride? Follow these road trip tips