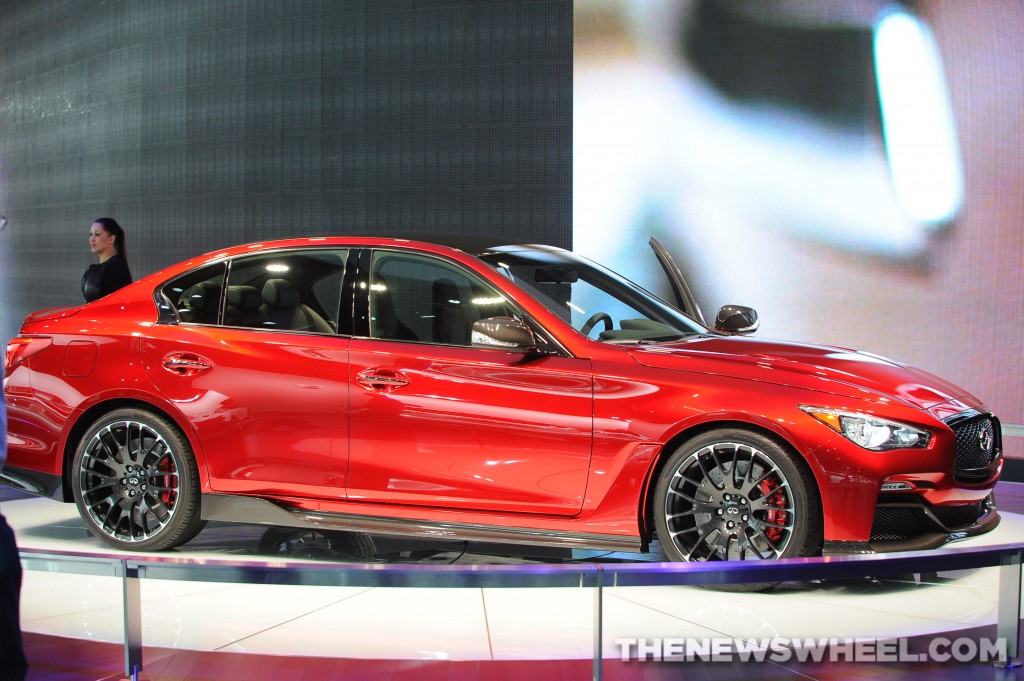 Infiniti wants the Eau Rouge trademark, but Spa-Francorchamps will be fighting against them

When Infiniti unveiled its Q50 Eau Rouge back at the Detroit Auto Show, they made it perfectly clear that its name—and its performance specs—were an homage to the infamous corner at Spa-Francorchamps. That all seemed well and good with the folks at Spa…that is, until Infiniti moved to acquire the trademark.

While Bloomberg reports that the acquisition of said trademark could cost Infiniti up to $100,000, it will face an even bigger obstacle if it wants to proceed with a production version of the Eau Rouge—and we aren’t just talking about cost efficiency. We’re talking about Spa-Francorchamps itself, which will fight the application to the death, according to director Pierre-Alain Thibaut.

“It’s like they want to steal the brand from the circuit,” Thibaut told Bloomberg in a phone interview. “We consider it exactly the opposite of fair play.”

Of course, the Eau Rouge name itself was borrowed by Spa from the name of a stream that crosses the circuit through the Ardennes.

According to the USPTO note on the trademark request, the application will be published on November 4 and then be opened to complaints for the following 30 days. Chances are pretty good that Thibaut is going to be camping out at the Patent and Trademark Office so that he’s got front row tickets to that particular show.

Infiniti is also seeking to obtain the Eau Rouge copyright for Japan. It won’t have any such luck in Europe, however: the Spa circuit acquired the trademark from the EU back in April.

Of course, the Q50 Eau Rouge is one of those “will they or won’t they” models that may not ever get made, which is sad, but would make this whole affair more-or-less a wash.

What we do know is that Infiniti is testing the Q50 Eau Rouge in Austin today prior to the US Grand Prix, and we will have any interesting details disseminating from that particular event as they unfold.