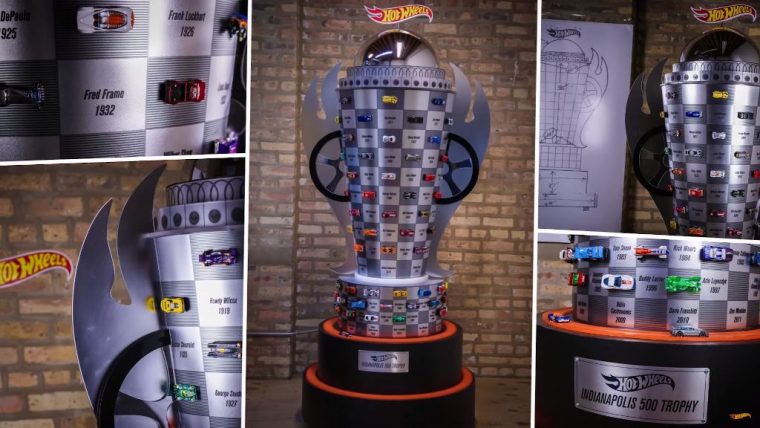 As Memorial Day weekend approaches, IndyCar fans are eagerly preparing for the big race in Indiana. This year’s Indianapolis 500 marks the 100th anniversary of the famed race, which carries a legacy of unforgettable performances on the track. This monotonous event, being presented by PennGrade Motor Oil, is the culmination of a century of white-knuckle, high-octane IndyCar racing.

As month-long activities and practices are underway at Indianapolis Motor Speedway, special preparations are being made for the momentous occasion.

The entire creation stands 9 feet tall and is modeled after the Borg-Warner Trophy presented every year to the Indy 500 winner.

Check Out This Time-Lapse Video of the Hot Wheels Trophy Being Built!

Covered in 1:64 scale metal cars and wrapped in orange tracks, this custom trophy from Hot Wheels perfectly captures the nostalgic excitement and long-standing history the Indianapolis 500 has in motorsports. 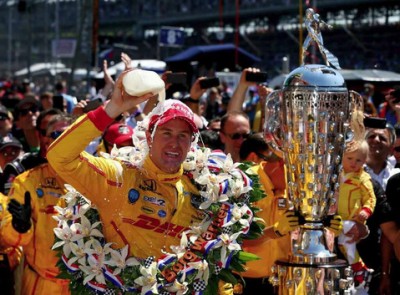 Ryan Hunter-Reay proudly unveiled the trophy alongside the trophy’s creators. “My first experience with racing was with Hot Wheels cars, I remember zipping cars down the orange track, and now I watch my two sons do the same,” he said. “Sharing stories from past races with my kids opens up a conversation about hard work, competition and my passion for racing.”

Back in 2014, Hunter-Reay won the Indianapolis 500, a follow-up achievement to his IndyCar Series championship in 2012. The first American to win the Indy 500 since 2006, he drove the #28 DHL Dallara DW12-Honda Indy Turbo V6 for Andretti Autosport that year. His Indy 500 victory was the second-closest finish in the race’s history (a tight 0.0600 seconds).