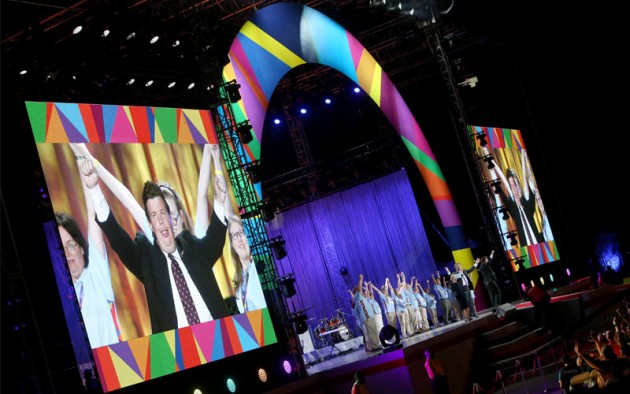 For the past two months, the Special Olympics Flame of Hope has been making its way from Athens, Greece, to Los Angeles for the start of the 2015 Special Olympics World Games. Its journey has taken it to many places across the US, including Toyota’s plant in Blue Springs, Mississippi; and Morgan’s Wonderland theme park in San Antonio, Texas. On July 25th, the World Games kicked off with an opening ceremony that included appearances from Jimmy Kimmel, Stevie Wonder, Avril Lavigne, and Barack and Michelle Obama.

The opening ceremony took place at the Los Angeles Memorial Coliseum, and although much attention was paid to the celebrity appearances, all eyes were on the 6,500 competitors during the parade of athletes. Opening ceremony emcee Robin Roberts commented, “We couldn’t be more excited to share this time with all of you,” and judging by the cheering, audience members agreed wholeheartedly.

The 2015 Special Olympics World Games will run until August 2nd. Official Automotive Sponsor Toyota is also running a fundraising program to help support Special Olympics USA coaches and athletes, with help from its dealership network across the nation.