Spider-Man Cheats On His Driving Test With Audi 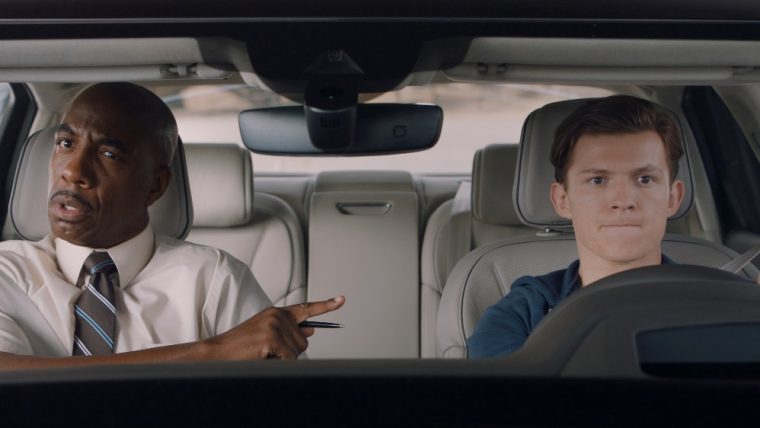 On July 6th, Spider-Man will once again try to restart his part of the Marvel franchise with the release of Spider-Man: Homecoming. Following a recent trend with Marvel Studios films, Audi is on-board for the latest movie to lend the production some refinement and fun bonus content. One of the bonuses from the automaker released in the run up to the movie’s premiere was a short video called “Driver’s Test” and featured the all-new Audi A8 in its prototype form.

The video follows Peter Parker, Spider-Man’s secret teenage identity, as he takes his road test to earn his driver’s license. As Peter and his instructor walk out to the car he will be taking the test in, the instructor (played by comedian J.B. Smoove) remarks that this is a pretty fancy car for a new driver. Peter makes an offhand comment that his friend Tony lets him drive it. Tony is of course a reference to Iron Man, who routinely drives the latest and greatest Audi vehicle in the films. According to Audi, the philanthropist billionaire will make an appearance behind the wheel of the Audi R8 V10 Spyder for this film.

Throughout Peter Parker’s driving test, he demonstrates/uses many of Audi’s advanced features, such as Audi PreSense and the system that allows the Audi vehicle to parallel park itself. After finishing the test, Parker takes advantage of the time the instructor takes to deliberate if he passes or not to stop robbers that chose the wrong car to pass on the sidewalk.

We admit that the video is pretty funny, and it serves as a great promo piece for Audi. However, one of our first reactions to the video was incredulity that Peter Parker was allowed to take and pass a driver’s test by using autonomous technology. Driving test rules vary widely by state, with some covering up rearview camera screens to force drivers to use their mirrors in the exam. While many of the advanced safety features like collision warnings are difficult to turn off, we take great issue that the car’s advanced ability to park itself would be allowed in an exercise meant to test drivers. If we were the test administrators, Peter Parker would have failed because his Audi PreSense system had to kick in to prevent a collision at all (he needs to leave more space between cars) and we would make him parallel park that car all by himself. Super powers or not, everyone needs to know how to drive their cars properly.