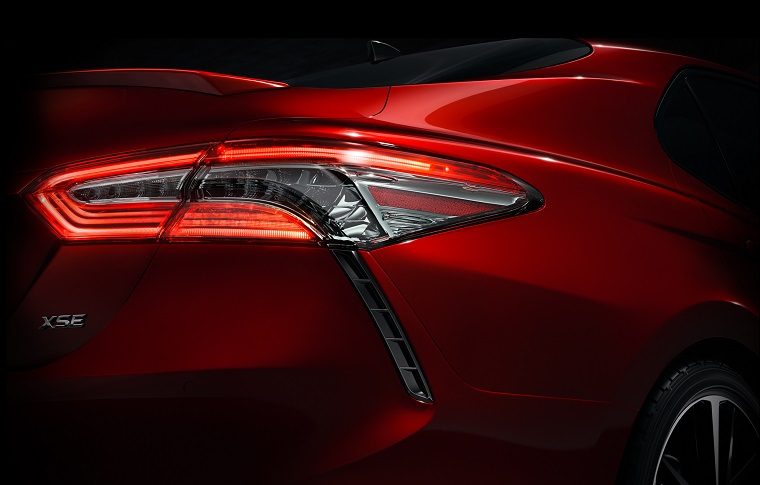 The next-generation 2018 Toyota Camry will make its first international appearance at the upcoming 2017 North American International Auto Show in Detroit.

According to Bob Carter, Toyota’s senior vice president of automotive operations, the Camry is expected to once again take the title of “best-selling passenger car in America,” which would mark the 15th time it does so and highlight the importance of the 2018 model’s reveal.

As America’s favorite sedan, there’s no doubt the Camry already does a lot of things well. It bundles comfort, features, and safety in a single value-laden package while offering top fuel economy and reliability.

Nonetheless, Carter readily admits that “some would call it boring,” even after Toyota’s styling and promotional efforts to change that image. GM executive Bob Lutz famously called it an angry kitchen appliance.

Toyota is aiming to change that with the 2018 Camry and this time by doing more than simply tweaking the exterior to look aggressive while keeping the same mushy feel under the hood. Carter says the new Camry will focus on being more fun to drive, following a mandate coming from the top of the company, though he declined to say what exactly would power it.

Still, something to note is that despite the fact that many people believe it isn’t fun to drive, it clearly hasn’t driven customers away from the Camry if it is about to once again outsell all other passenger cars in the United States—which calls into question whether Toyota’s decision to make it sportier is even worth it.

After all, is it possible to create a car that is genuinely exciting to drive without compromising any of the other attributes that draw people to Toyota in the first place? We’ll have to find out and see.