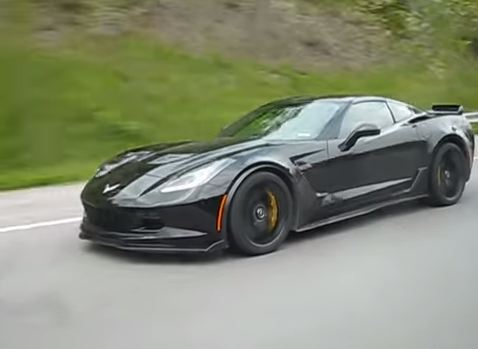 The 2015 Chevy Corvette Z06 was unmasked at the North American International Auto Show, but that, of course, was not the final product. Chevy has continued to tweak the Big Nasty over the last few months, but we haven’t been privy to any updates. 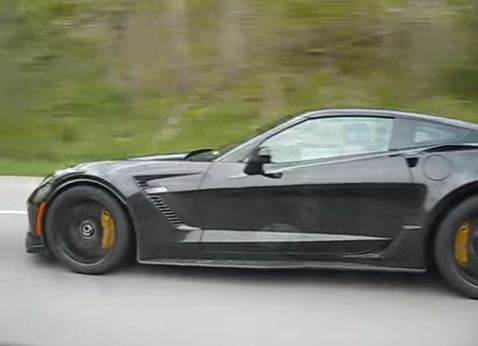 Side shot as the photographer’s car passed the Big Nasty

But one sneaky car passenger with a camera phone was able to change that for us. The YouTuber spotted a fully undressed (i.e. not wearing any camo) 2015 Corvette Z06 on the highway in a black exterior paintjob. According to Corvette Blogger (kudos for finding this vid, by the way), the C7 Z06 seems to be wearing Chevy’s “Stage 2” aero package (of three). “Stage 3” will be the most aggressive package offered. 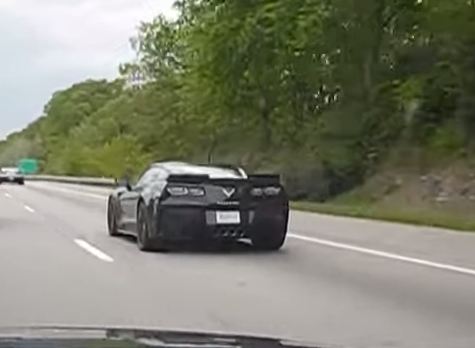 Rear shot of the Big Nasty

Check out the video below, but don’t bother putting your earbuds in if you haven’t yet. The video is completely silent because the person recording was afraid of being sued by the artist whose song was playing on the radio when filming.