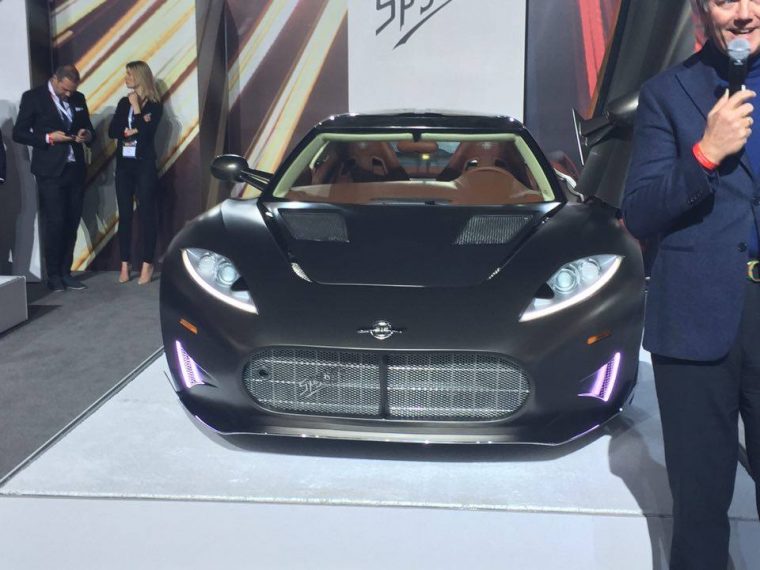 With popular automakers like Toyota, Nissan, and Lincoln presenting an array of new and redesigned vehicles at the New York International Auto Show (NYIAS) this week, it’s easy to forget that there are also plenty of supercar manufacturers present in the Big Apple. Oh wait… no it isn’t, because these luxurious vehicles are pretty damn hard to miss. Vehicles such as the third-generation Spyker C8 Preliator, which set tire on North American soil for the first time today. 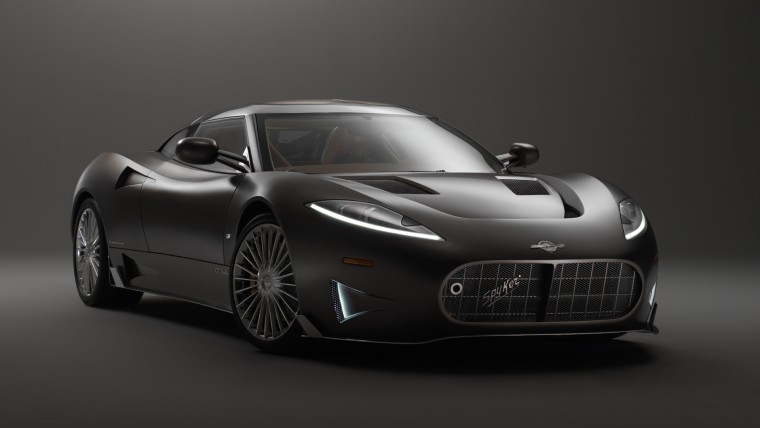 Spyker is a Dutch company that has been hand-building cars since 2000. And though the manufacturer was facing bankruptcy just a couple of years ago, Spyker has managed to turn a corner and create the new C8 Preliator. This remarkable supercar is powered by an Audi 4.2-liter V8 engine, which has been used in this model since its initial debut 16 years ago. This engine is good for 525 horsepower.

Spyker takes inspiration for the C8 Preliator from aircraft design, even going as far as applying gold coating to the glass roof, similar to that used in fighter jets. That makes complete sense given that “Preliator” translates to “fighter” or “warrior” in Latin. 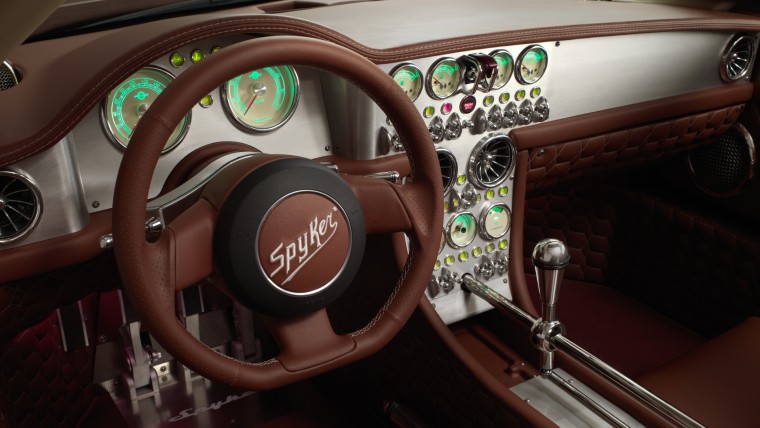 The C8 Preliator will be assembled at Spyker’s plant in Coventry, UK, just outside of Birmingham. It’ll weigh just 3,065 pounds, allowing the supercar to accelerate from 0 to 60 mph in just 3.7 seconds.

Inside, the driver can choose virtually any trim color they would like. All models will come with heads up display with navigation to help the driver easily get to his or her destination.