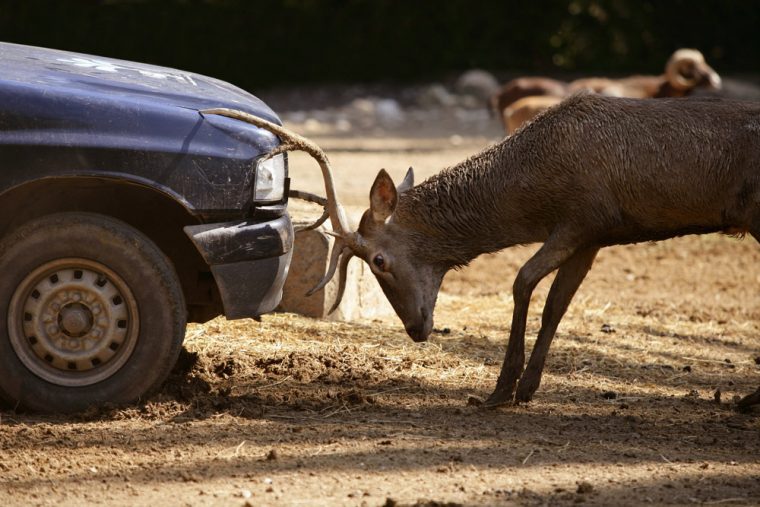 The fight between cars and deer has gone on for many, many years, and has largely resulted in nothing but heartbreak.

Now, though, insurance data has shown that, while the chances of hitting a deer is no less this year than it was last year (about one in 169 nationally, with some regional variations), the amount that it will cost to fix your subsequently wrecked car is rising.

We assume many of these came from West Virginia, Montana, Iowa, Pennsylvania, and South Dakota, as these states had the highest odds of hitting a deer. All had grown more likely to hit a deer except for West Virginia, which has so many collisions that it remained at the top of the list, despite becoming 11.4% less likely with chances of 1 in 44. The  next most likely was Montana (1 in 63), followed by Iowa (1 in 68), Pennsylvania (1 in 70), and finally South Dakota (1 in 73).

Setting aside the variations, though, why would claim costs be rising? State Farm spokeswoman Rachael Risinger said that part of it is the rising cost of auto body repairs, but did not go into detail on other possible factors.