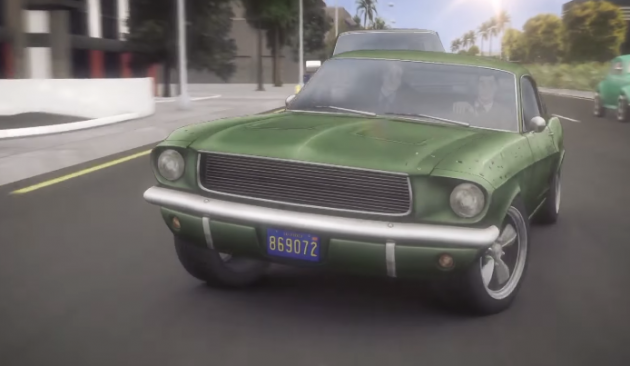 Archer and Conan evade Russian mobsters in a classic Mustang

Instead of just having Sterling Archer voice actor H. Jon Benjamin promote the FX comedy Archer with a simple interview, TeamCoco put together a pretty unique segment, which aired on a recent episode of TBS’s Conan.

Check out the video below, and watch as the unlikely duo of Sterling Archer and Conan O’Brien evade Russian mobsters in an awesome (albeit animated) green 1968 Mustang Fastback, the car that Steve McQueen made famous in Bullitt:

Conan is very funny in the bit, which should surprise no one, since he actually began his career in the world of cartoon comedy. The 53-year old late night host started out as a writer and producer for The Simpsons from 1991 to 1993 (you know, back when the show was actually still good). Perhaps his greatest contribution to the seminal series was the immortal “Monorail Song,” which he performed live at the Hollywood Bowl last year.

So it’s no shock that Conan was able to hold his own when riding shotgun with the very talented H. Jon Benjamin. In fact, O’Brien did such a good job in this skit that fans are clamoring for him to either write, cameo, or write and cameo in an episode of Archer.