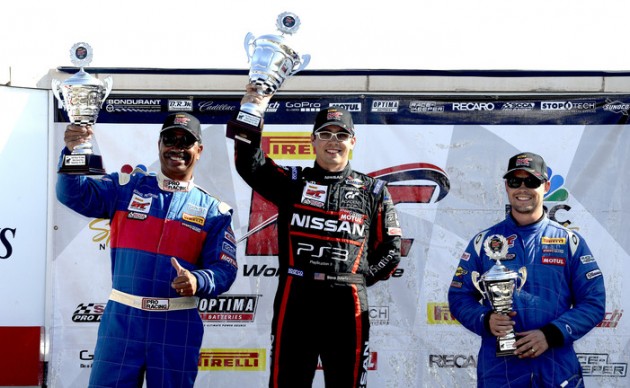 Steve Doherty cleaned up in the GT class on Sunday

The products of Nissan’s GT Academy just keep racking up wins, with 2012 champion Steve Doherty being the most recent to earn a major victory. Doherty absolutely crushed the field at Sunday’s Pirelli World Challenge Finale Weekend sponsored—appropriately enough—by Nissan, starting second off the line and jumping the No. 94 Nissan/GT Academy/Skullcandy Nissan Altima Coupe into first place. Doherty never let up from there, winning the race by 10.2 seconds.

“I really wanted to win for the team. The guys worked incredibly hard all week. Most of them only got a few hours of sleep per night,” said Doherty. “I got a great start, had perfect position going into turn one, and then it was just a matter of focusing and opening up a gap before we hit lapped traffic. I had a well set up car today.” 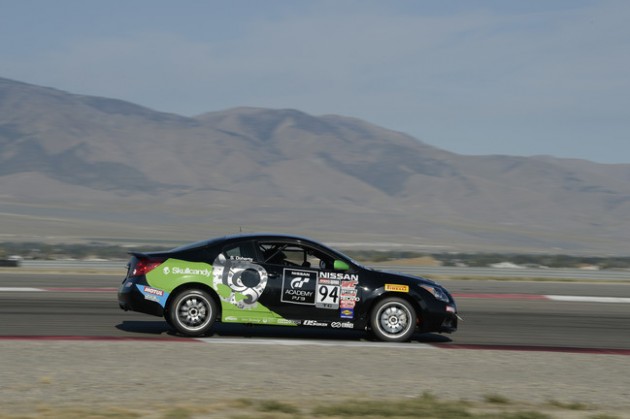 The victory followed a second place finish on Friday and marked the 2012 GT Academy champ’s second win and fifth overall podium of the season.

The Skullcandy/Nissan team also trotted out the Skullcandy Nissan 370Z NISMO for the first time on Sunday, and things appeared to be off to a promising start with engineer/driver Vesko Kozarov flew into second place in GTS before the vehicle lost power with about five minutes to go in the race.

“Vesko noticed (eventual race winner) Jack Baldwin’s tires were going away a bit, and after laying back and cooling his brakes he had caught up within 0.4 second of him when the car lost power. It’s a shame; we think it was electrical, but the car ran so well,” said team manager Lara Tallman. “Vesko had very little sleep this week from working on the cars, and he just drove a brilliant race. He’s one of the best out there.”

The Pirelli World Challenge Finale sponsored by Nissan will air on NBC Sports Network on Sunday Sept. 28 at 2:30pm ET. Skullcandy/Nissan now sets their sights on the Continental Tire SportsCar Challenge, which will be held at the Circuit of the Americas from September 18-20. 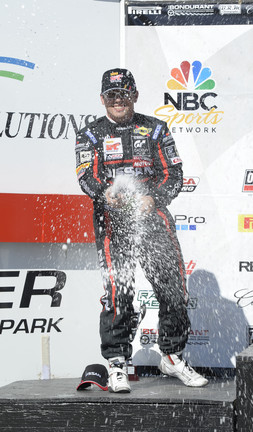