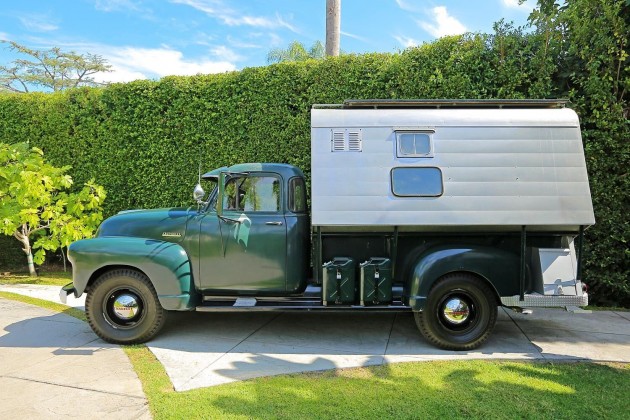 In the 1960s and early 1970s, there was no one cooler than Steve McQueen. Actor, car racer, motorcyclist, gear head—McQueen had many titles. His passion for anything motorized made it completely okay for the rest of us to be car lovers, too. And now, one of the last vehicles McQueen rode in before his death is being auctioned on Ebay.

The pickup truck is listed in a one-week auction on eBay. Starting at $50,000, this pickup is pretty much as good as new. It even has all the official documents needed to prove it was McQueen’s, including the original California title in Steve McQueen’s name and the certificate of authenticity that is associated with the 1984 Steve McQueen Estate Sale in Las Vegas.

Powered by a 235 cubic inch Loadmaster six-cylinder engine, the Forest Green pickup truck has a four-speed manual transmission and a custom aluminum camper. It was supposedly used for camping trips but was the vehicle driven by McQueen as he began his journey to have a tumor removed in a Mexican clinic, after being told by American doctors that it was inoperable. McQueen died a few days after driving the truck.

If you’re interested in getting in on the bidding war on eBay for this green beauty, you better act fast!

For those of you who consider yourselves true Steve McQueen fans, make sure you enter our giveaway contest! One lucky contestant will win a copy of the graphic novel Steve McQueen: Full Throttle Cool! Entries are open until Saturday, August 22nd.