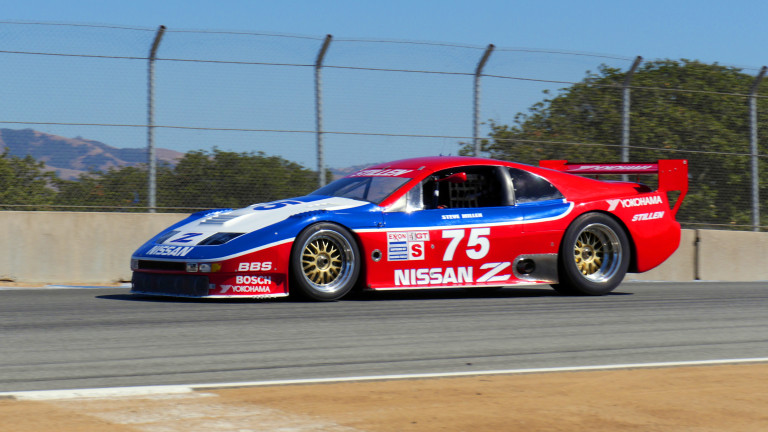 In 1994, New Zealand IMSA racecar driver Steve Millen took the pole, fastest lap and victory at the 24 Hours of Daytona while driving a Nissan 300ZX Twin Turbo Cunningham prepared race car. Now, twenty years later, Millen appears in a new video (below) in which he reminisces about the experience while sitting on a loose tire, which honestly makes me pretty nervous. I mean, you can see the tire rolling back and forth slightly while he perches on it – what if he loses his balance? Steve Millen is not a young kid anymore. I know he was a professional racecar driver and he’s probably used to sitting on tires, but he’s also a 61-year old man, and he could seriously injure himself if he falls.

Anyway, in the video, Millen talks about the whole experience, from qualifying in the No. 75 car and taking the pole to racing in the rain at Daytona in the No. 76 car when the 75 suffered a broken crankshaft. Millen and the No. 75 Nissan 300ZX also won the IMSA GTS class at the 24 Hours of Le Mans and the 12 Hours of Sebring during that same 1994 season, while also claiming the 1994 IMSA GTS Drivers’ and Manufacturers’ Championship.

Watch the video yourself to hear the story in Millen’s own words and to find out if he falls off the tire or not.