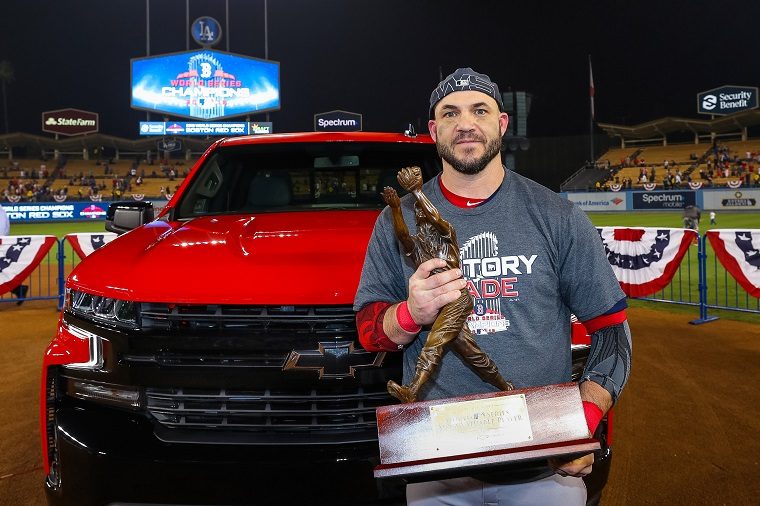 After the Boston Red Sox wrapped up their World Series victory with a win over the Los Angeles Dodgers on Sunday night, the MVP choice was clear: Steve Pearce. Over the course of Major League Baseball’s championship series, the Red Sox first baseman hit .333 with three home runs, five runs scored and eight runs batted in.

In its role as the Official Vehicle of Major League Baseball, Chevrolet awarded Pearce with a red 2019 Chevrolet Silverado 1500 during the MVP ceremony after the game.

“In a matchup of the two best teams in baseball, Steve Pearce’s performance on the field tonight and throughout the World Series truly embodies the same spirit that drives the Chevrolet team to win every day,” said Brian Sweeney, Chevy’s U.S. vice president. “We are proud to recognize Pearce’s tremendous efforts with the Willie Mays World Series MVP award and the all-new Chevrolet Silverado LT Trail Boss pickup.”

Here are some of the features and performance numbers that Pearce will be able to enjoy with his new truck:

Silverado Sibling: Get the details on GMC’s Sierra 1500 pickup