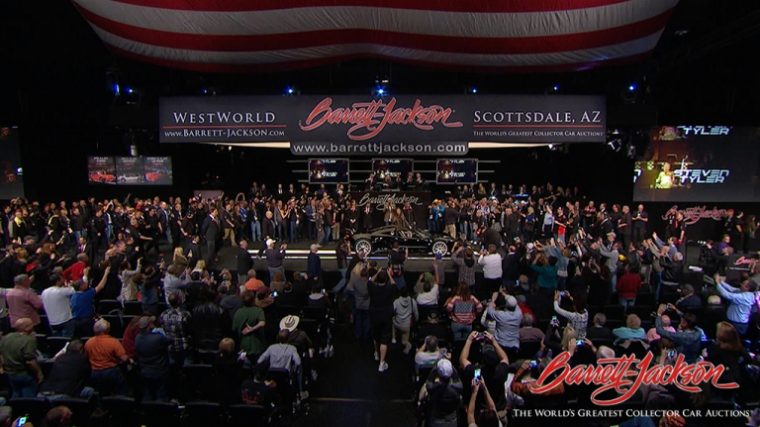 Is everyone taking pictures of Steven Tyler or the car?

At an event like the 46th Annual Barrett-Jackson Scottsdale Auction, you might expect to see a large crowd of classic car enthusiasts. However, you might be surprised to hear that the classic car auction attracts numerous celebrities as well. Everyone from Michael Phelps to Justin Bieber was in attendance for this year’s event. While most of these stars were visiting to admire the cars, some of them were there to auction off cars for a cause.

Tyler, the lead singer of Aerosmith, appeared at the event to auction off his 2012 Hennessey Venom GT Spyder. The Spyder convertible is custom-built, with only 12 like it in the world. The final bid for the vehicle was $800,000. 100 percent of the proceeds were donated directly to Janie’s Fund, a charity created by Tyler to help young women who have suffered from the trauma of abuse and neglect. 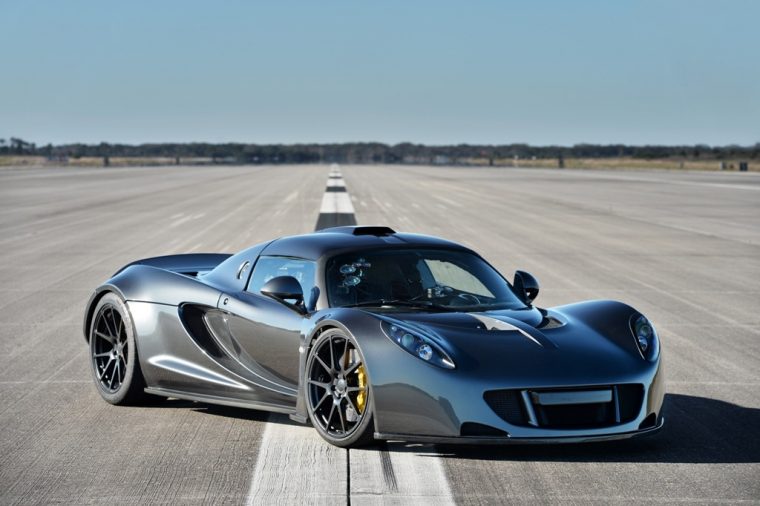 Meanwhile, Earnhardt Jr. was also there to help raise money for charity. A 1970 Resto-Mod Chevrolet Chevelle designed by Earnhardt was bought for $200,000, while the Hendrick Motorsports No. 88 Nationwide Chevrolet SS that Earnhardt used in many of his races was also sold for $200,000. 100 percent of the proceeds from the purchase of both these vehicles was donated to the Nationwide Children’s Hospital for pediatric care and research. 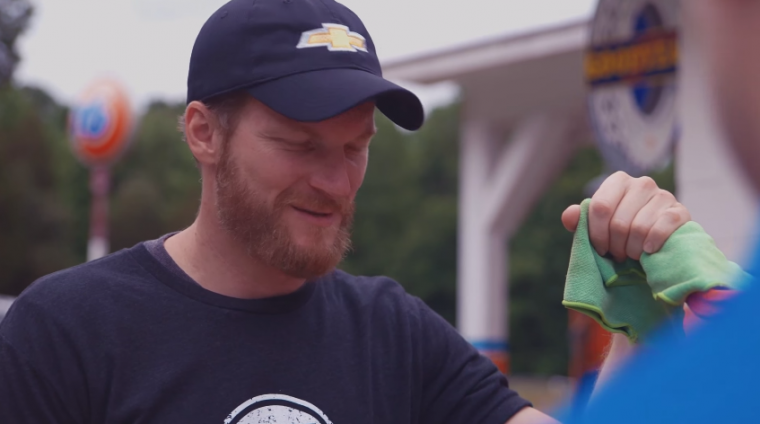 So not only does he race cars, but he designs them as well? Is there anything Dale Earnhardt Jr. can’t do?

While these celebrity-backed vehicles were the highlight of the auction, a total of eight vehicles were sold to help benefit charities, including a 1930 Cord L29 4-Door Brougham and a 2015 Ford Mustang GT Fastback.

“Collector car enthusiasts are among the most generous groups in the world,” said Steve Davis, president of Barrett-Jackson. “We are honored to provide a platform to not only bring much-needed funds to some important causes, but also to raise awareness of their missions.”

While Steven Tyler and Dale Earnhardt Jr. may seem like very different individuals, it is obvious that they both love cars and they both love supporting a worthy cause.