A search for a stolen car has led to the discovery of 55 stolen guns, with 41 still missing.

On September 17th, a woman in Pembroke Pines, Florida, spotted her grandson–19-year-old Jesus Manuel Regueiro–being handed a big, blue container over a fence, after which he hopped into her car and drove away. Apparently assuming this was not a good sign, she reported the car stolen. 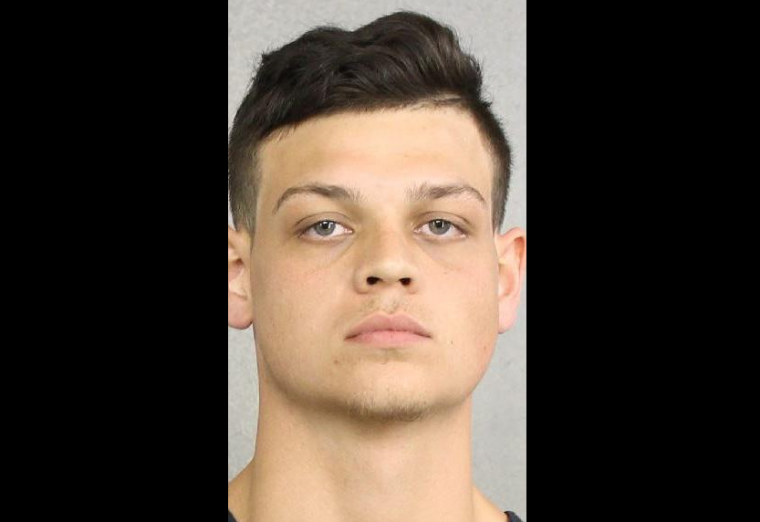 Police found it and another stolen vehicle parked outside Regueiro’s apartment in Hollywood, Florida.

This is great news, but what was in the blue container?

As it turns out, guns. Lots and lots and lots of guns. When detectives looked through the window, five guns were visible in a Louis Vuitton shopping bag. Out back (in a canal), they found 20 empty handgun boxes in two large plastic containers. Then, when they searched the apartment, they found a total of 55 handguns. 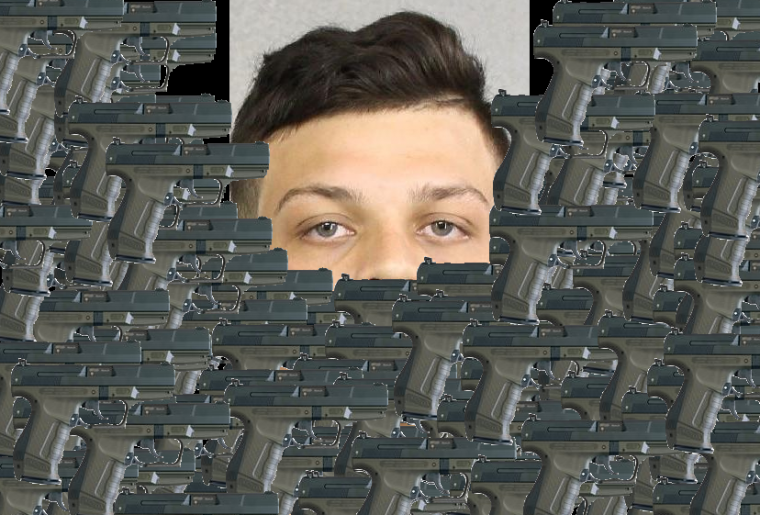 It’s stuff like that that puts a detective on edge.

Of course, the situation worsened the next day when a man reported that five large plastic containers with 96 handguns and some jewelry inside had been stolen from his family’s collection. While he didn’t particularly mention why his family’s gun collection was so large, he owned each of them legally, and he brought a complete list (five pages long) of models and serial numbers of the 96 missing handguns. The 55 handguns found in the apartment matched guns on the list.

That is great news, but like finding the car, it also contains another question: what happened to the other 41?

Regeuiro was arrested to be held without bail (he was already out on bail for charges of burglary, grand theft, and dealing in stolen property—go figure). Police are asking for people with information to step forward.