Study: Carmakers Wouldn’t Advertise Their EVs; Me: Of Course, Why Would They Have? 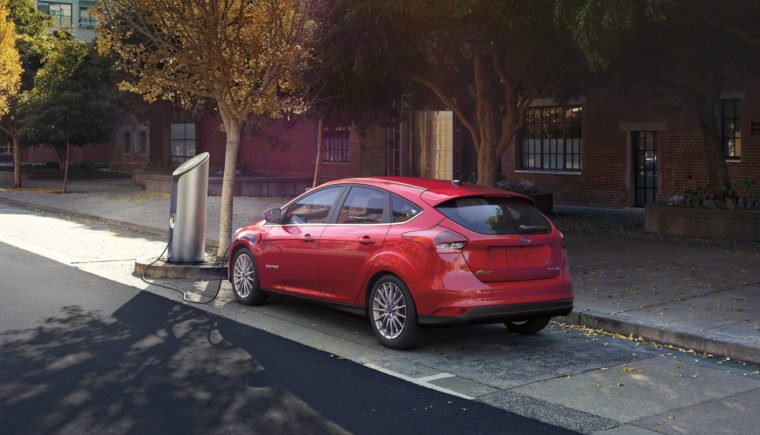 We have talked about advertisements of electric cars and how automakers don’t seem to want to put a lot of effort into them. Now, seemingly, we have some validation in a Sierra Club study that found that the auto industry emphasizes its gas-powered cars in advertisements far over its comparable electric vehicles.

One specific example from the study was that of the Ford Focus, which has both a gasoline and electric version. The study found that out of 4,750 total instances of cable and broadcast TV ads for the Focus, only about 200 of these advertised the electric version. Another, more nationwide example was that of the Nissan LEAF, which was advertised about 1,750 times, which may seem like a good number, but is dwarfed by the advertising for the brand’s compact Sentra sedan’s 3,500 ads.

This seems somewhat damning, but there is one little wrinkle in this whole deal that has me squinting my eyes and waving a hand in a non-committal fashion. All of the advertising data was from 2015.

The 2015 Ford Focus Electric was able to attain an EPA-estimated range of 76 total miles, with an MSRP of $29,170 (which was actually a price reduction). By contrast, the normal Focus delivered 31 mpg combined for a range of 384 miles, while starting at an MSRP of $17,170. The Focus Electric, in its best month that entire year, sold a whopping 176 units. Clearly, the Focus Electric was only a limited-area compliance car, sold only to satisfy zero-emissions regulations and close in range with the Mistubishi i-MiEV, which cost $6,000 less.

The 2015 LEAF is a little harder to explain, since it has been a worldwide and nationwide offering for a while. However, it was hardly competitive with other cars in Nissan’s lineup, since the LEAF offered an 84-mile range for $29,010, while the Sentra offered 32 mpg combined for 422 miles of range at and MSRP of $16,530. In addition, the infrastructure needed to make the LEAF a bigger success was simply not there.

That statement is more or less true for most electric vehicles back in 2015. The only exception that comes to mind is the Tesla Model S, since Tesla was establishing its Supercharger network and the Model S boasted a range of over 200 miles.

So, of course none of the automakers wasted their time advertising their short-range, uncompetitive vehicles that lacked a refueling infrastructure. For a better idea of carmaker attitudes, we will have to wait for data from 2016, or even from 2017, which will hold far better results for EVs, since the Ford Fusion Energi has been selling like hotcakes (the Focus Electric has also been getting improvements) and Nissan has promised a major upgrade for the LEAF. Honestly, as quickly as the electric car market has been growing, now at the end of 2016, 2015’s ad data is really pretty meaningless.