Study: Hey, Maybe Listening to Justin Bieber is Good For You Somehow 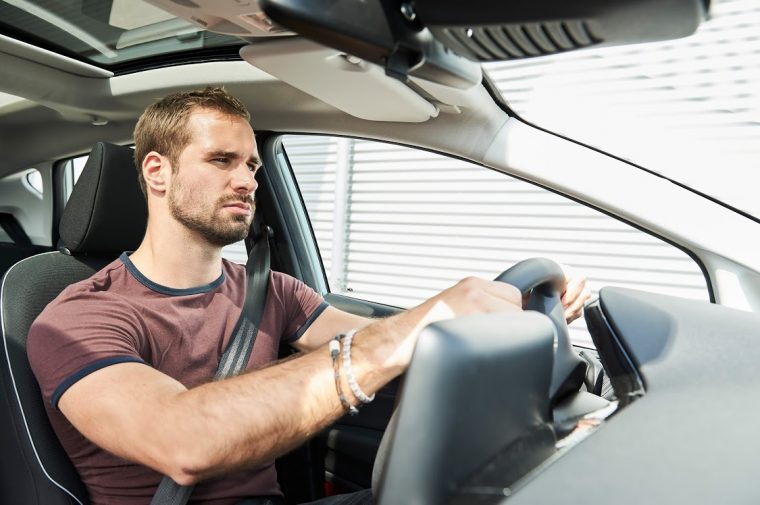 What do the songs “Sorry” by Justin Bieber, “The Winner Takes It All” by Abba, and “Mr. Brightside” by The Killers have in common? Clearly, it is not that they are all good songs—no list that includes Justin Bieber can claim that particular throughline. It is that they are united by some degree of sadness, melancholy, or gloominess. This according to Ford of Europe, who cites the three as examples of songs that, per a study co-commissioned with Spotify and NYU, could help increase your mood throughout the day if you listen to them during your morning commute.

Per the study, songs that are both high and low valence in nature were shown as being effective at sustaining positive moods in drivers after a morning commute so long as they are energetic.

“Across the board, music with a high level of energy left our testers feeling pumped up for the day ahead,” said Amy Belfi, a cognitive neuroscientist from New York University who is an expert on the effects of music on the brain. “What was particularly intriguing was that far from having to be ‘happy’ songs those most likely to have an uplifting effect could equally be brooding and melancholic. Of course, ‘sad’ songs can actually make us feel good about ourselves. They may remind us, for example, of difficult experiences that we have overcome and learned from.”

Coming Soon: What you might be able to expect from the new Ford Bronco

Helpfully, the study resulted in a Spotify playlist being put together—entitled “Science of Sound”—that is populated by a variety of songs that range from great to good to garbage to Justin Bieber. The most glaring omission is probably “Tonight, Tonight” by Smashing Pumpkins, a song that comes from a great album named after the very emotion of melancholy. But, hey, it’s important to husk out some room for Bieber, too.

Of course, there’s a tie-in here: the new Ford Fiesta being offered with B&O PLAY. What, you thought this study was just generated out of thin air for no reason?

“For many drivers, journey planning can be as much about lining up the music you want to hear when visiting family, driving to the gym, or commuting to and from work—as it is choosing the best route,” said Marcel Breker, engineer, Ford of Europe. “Introducing to the all-new Fiesta a premium B&O PLAY system, we wanted to better understand how the choice of music can affect mood, not only on the journey itself, but in the hours following.”

So, hey, buy that new Fiesta with that great sound system and then garbage it up good by wasting it on a Bieber song or something.