Subarus on the Silver Screen

When you first think of popular cars from movies, your mind may first drift to cars such as the DeLorean from Back to the Future or the beloved Herbie from The Love Bug. How about any Subarus? You may be more familiar with on-screen Subarus than you think. Here are a few Subarus that have had prominent roles in films over the past few years.

The most recent film on this list, Edgar Wright’s much anticipated Baby Driver got quite a bit of attention for showcasing a 2006 Subaru Impreza WRX in one of the its first released trailers. Upon watching the film, you come to realize the bright red Impreza is only used in the first scene, but, oh, what a scene it is. The Subaru sports car helps set the tone and rhythm of the fast-paced crime movie when it’s used as a getaway car by the main character. Speeding through alley-ways and making quick and slick turns, the Subaru Impreza steals the spotlight within the first couple of minutes.

Watch a clip of the Subaru Impreza WRX in all its glory:

Subaru’s most recognizable car might just be its Outback, which is featured throughout the 2013 Oscar-nominated film Nebraska. The movie, shot completely in black and white, focuses on the relationship between a father and son as they take a road trip from Billings, Montana, to Lincoln, Nebraska, so that the father can collect a million dollar sweepstakes prize he believes to have won. Of course, with any film involving a road trip, the car driven by the characters is important to consider, and, in this case, the 1997 Outback acts as a plot point in the film, particularly at the end. No spoilers! You’ll have to watch this worthwhile Subaru-starring film for yourself. 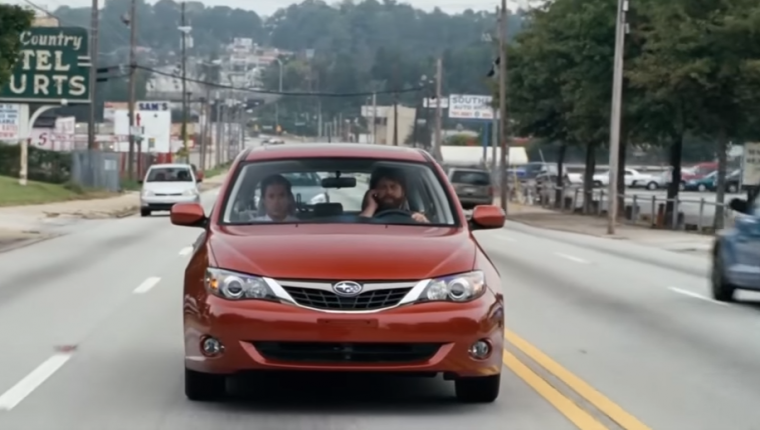 Another road trip movie that makes use of a Subaru is the 2010 Robert Downey Jr. and Zach Galifianakis flick, Due Date. As the title suggests, the film centers on a man (RDJ) trying to get home in time to be with his wife, who is about to give birth. The man gets sidetracked by an aspiring actor (Galifianakis), and the two of them end up on a road-trip together, where they encounter many mishaps and sticky situations. For a large part of the film, the characters drive (and destroy) a red 2010 Subaru Impreza.

Yes, there’s even a Subaru in The Fast and Furious series. A 2009 Impreza WRX STi GH to be exact. In the fourth installment of the popular franchise, Dominic Toretto (Vin Diesel) gives Brian O’Conner (Paul Walker) the Impreza after Brian’s well-known Nissan Skyline is destroyed. The Impreza quickly becomes one of Brian’s go-to cars in the series, and you can spot him driving it or the 2012 model in later installments as well. 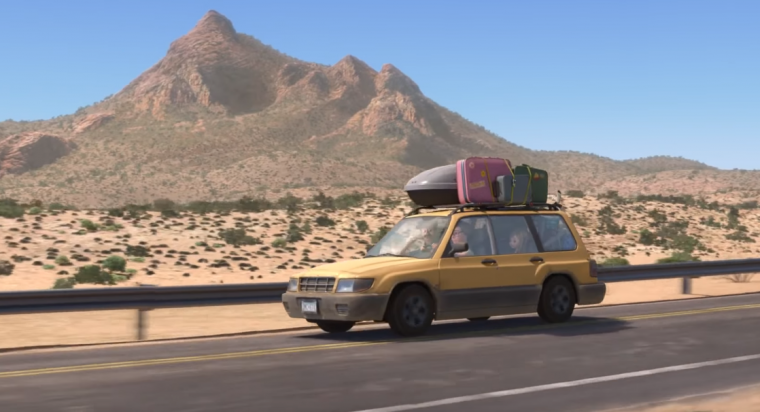 Subarus even come in animated forms! In Disney-Pixar’s Inside Out, the Andersen family can be seen driving around a yellow vehicle that closely resembles a Subaru Forester from the late-1990s. The car is most notably put on display at the beginning of the film, when Riley Andersen and her parents are shown moving from Minnesota to San Francisco in the yellow station wagon.