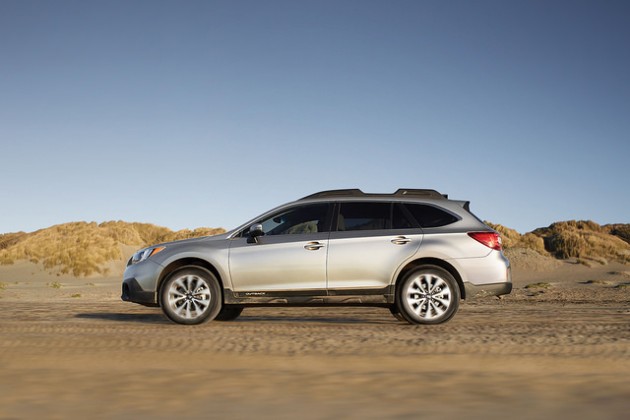 After a successful January and February, Subaru saw yet another year-over-year sales increase for March, making the first quarter of 2016 the best first quarter in Subaru’s history. In total, Subaru dealers across the United States moved 49,285 units for what Subaru labels a “supply-constrained” 0.4% increase over March of 2015, when sales totaled 49,111 models.

March was also historic for Subaru as it marked the 25th straight month of sales in excess of 40,000 units. It also marked the 52nd consecutive month of month-over-month sales gains.

Specifically, the Subaru Outback performed exceptionally strong. March was 25th consecutive month of more than 10,000 Outbacks sold. In fact, with 14,122 Outbacks moved in March 2016 (up nearly 13%), last month was the Outback’s best March ever. While Forester sales were down compared to March of last year, last month still marked the 32nd consecutive month of more than 10,000 Foresters sold; Subaru managed to sell 14,284 units of the Forester in March.

Sales weren’t the only big wins for Subaru, either. The brand was also recently named Best Overall Brand, Most Trusted Brand, and Best Performance Brand in KBB’s 2016 Brand Image Awards.

“March marked another sales record, as well as the global debut of the all-new Impreza sedan and 5-door models at the New York International Auto Show,” commented Thomas J. Doll, president and chief operating officer for Subaru of America. “Overall, this new Impreza will set a new standard in the compact segment and will provide today’s compact car buyer with exactly what they are looking for in terms of safety, reliability, drivability, connectivity and style.”