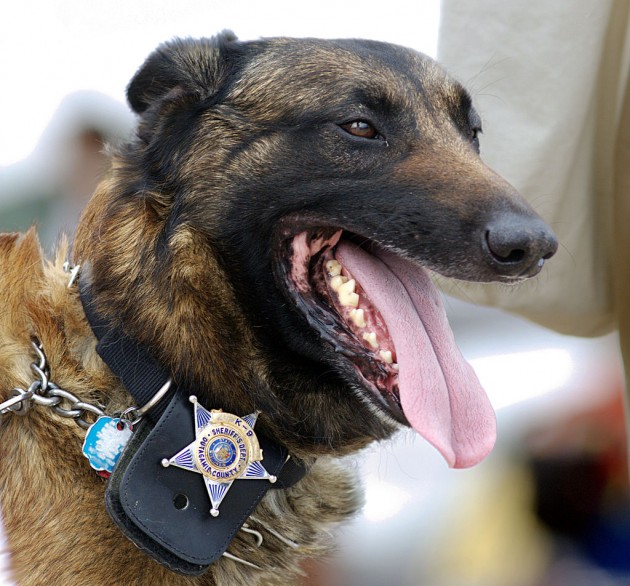 A US Supreme Court ruling issued Tuesday states that law enforcement officers cannot detain a driver past the regular processes of a standard traffic stop unless they have “reasonable suspicion” to search for contraband.

According to the ruling in the case of Rodriguez v. United States, officers cannot legally detain motorists past the time necessary to complete duties including citation-writing and conducting background checks without violating a motorist’s Fourth Amendment rights.

More Auto News: Ford F-150 Is the Most Popular Vehicle in 39 States

The case in question originates from an incident in Nebraska where Dennys Rodriguez was stopped by Officer Morgan Struble for a moving violation. After Officer Struble concluded the stop, he asked Rodriguez if he could walk his drug-sniffing dog around the vehicle. When Rodriguez declined, he was made to wait until backup arrived. At this point, Struble walked the drug-sniffing dog around the vehicle, which resulted in the discovery of methamphetamine.

The Eighth Circuit court had determined that this seven-to-eight-minute wait was a “minimal intrusion” on Rodriguez’s Constitutional rights, but the Supreme Court saw it differently.

According to Justice Ruth Bader Ginsberg’s opinion for the majority, the authority of police during a traffic stop “ends when tasks tied to the traffic infraction are—or reasonably should have been—completed.” Justices Clarence Thomas, Anthony Kennedy, and Samuel Alito dissented, with the latter writing that Office Strubel “was following prudent procedures motivated by legitimate safety concerns.”

Rodriguez’s case—and his impending five-year sentence—have not been overturned, however. The determination as to whether Officer Struble had reasonable suspicion to conduct the search has been remanded to the Eighth Circuit court.

More Auto News: Ford the Only Automaker to Make the 2015 World’s Most Ethical Companies List