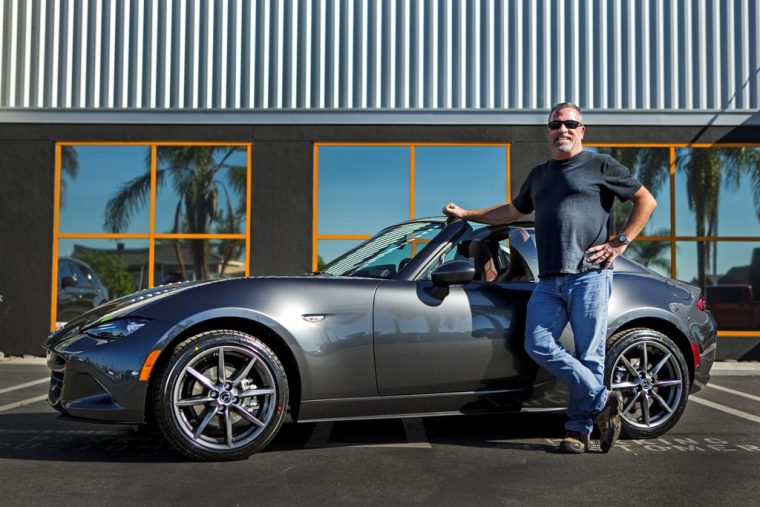 So, originally when the MX-5 RF was introduced and priced, it was promised to appear in dealerships after the start of 2017.

However, as of November 22nd, they are suddenly here already, as due to shifts in the production schedule Mazda was able to bring the MX-5 RF to the US two months early.

The first Miata RF to be delivered was airlifted to Huntington Beach Mazda, where Dave Putter, a long-time Mazda customer, received the keys for his MX-5 RF Launch Edition from Mazda North American Operations President and CEO Masahiro Moro himself at the LA Auto Show.

Other deliveries seem to be spottier, as the brand has announced that about 500 more MX-5 RFs will arrive at dealerships nationwide in early December, followed by wider-scale delivery during the rest of the winter and spring.

Behind the Scenes: Ever wonder just how SKYACTIV technology works?

The 2017 Mazda MX-5 RF comes in a choice of either the Club or Grand Touring trim levels (skipping the usual third, base “Sport” level), as the brand quickly sold out of its limited-run “Launch Edition” models, which were based on the Grand Touring trim but with the addition of a Auburn Nappa leather interior and a hand-painted black top (plus a watch).

If one of the 500 is delivered to a dealership near you, the MSRP begins at $31,555 for a Club model with a six-speed manual.