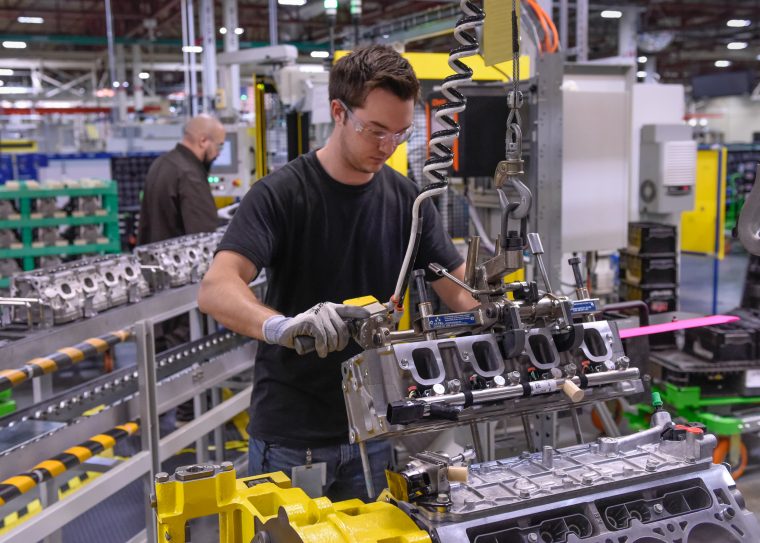 In a time of steadily slowing sales across the board, most news out of the US production plants isn’t great. Usually, it’s a story about how in the face of dropping sales, the automaker is suspending production or laying off workers.

However, happy news is coming out of Tennessee to counter that depressing trend, as General Motors has announced that it will reopen a third production shift at the Spring Hill manufacturing plant, bringing back a full 700 jobs to the factory. This is after GM cut those 700 positions back in September (after about one year of operating the third shift) due to “moderating sales.”

Luckily, though, the plant makes the GMC Acadia and Cadillac CT5 crossovers, and when it comes to sales, crossovers are king. The demand for the two vehicles have risen, so GM is increasing production to handle it.

Of course, the employees of Spring Hill were happy to see this indication of the plant’s success. Spring Hill plant Executive Director Ken Knight said, “This shift addition is not only an indication of the popularity of these GMC and Cadillac crossovers with customers but is testament to the great work being done by the Spring Hill Assembly team. Their commitment to building quality vehicles is visible every day. It also demonstrates the strong spirit of teamwork between GM and our UAW partners, as we work together to satisfy our customers.”

Handling It: Follow this recommended spring maintenance to keep your car rolling

In more good news, those workers who were laid off last year are getting first dibs on the new positions, as they have been giving “recall rights.” They will also work on a new Cadillac crossover and the Holden Acadia for export to Australia and New Zealand.