Some people just never figure out how to do holidays correctly.

For Memorial Day, some people went to see parades, some people held barbecues, and Connecticut resident Tye Wiegel allegedly tried to break into a car.

While a bad pursuit on any day, Wiegel’s choice was especially bad in whose car he decided to break into, because once the owner noticed Wiegel (not difficult, since the owner was standing in his front yard), the owner told Wiegel to stop, was ignored, and then got his gun, “convincing him to stop,” as Breitbart put it. 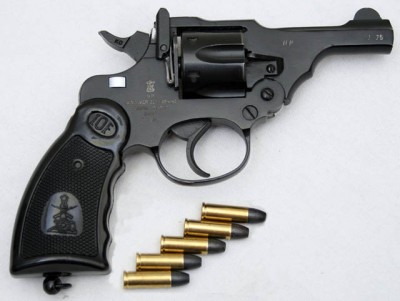 To be fair, it puts forth a compelling argument

Wiegel should have remembered that bratwurst is preferable to burglary.

Police arrested Wiegel on charges of sixth-degree larceny, criminal attempt to commit a crime, and second-degree breach of peace. According to a police spokesman, this wasn’t Wiegel’s first car-burglary arrest.

“This is not our first time dealing with him with car break-ins. He was just arrested not too long ago. He was also a suspect in a car break-in earlier today,” the spokesman said.

The police, while appreciative, were not as happy about the owner confronting Wiegel.

“I understand people have the right to carry a firearm. We’re all for it. We just want residents to be careful when they’re using that discretion to start chasing people down that are breaking into cars,” the spokesman said.