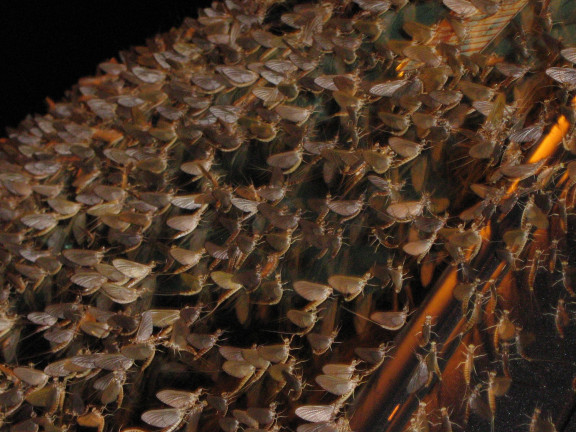 Well, it’s not a plague of locusts, but it’s close enough
Photo: Yerpo

The mayfly has one of the shortest lifespans in the animal kingdom. Most mayflies live for only one day, if they even live that long. With a life that short, mayflies need to make the most of their time. One group of mayflies decided to spend their one and only day on earth by stopping the flow of traffic across a busy highway bridge.

According to the Lancaster Online, thousands of mayflies swarmed the Veterans Memorial Bridge that connects Columbia, Pennsylvania, with Wrightsville, Pennsylvania, last week on Saturday night. The insects descended upon the bridge. Then, suddenly, they dropped dead, coating the bridge with the deceased exoskeletons of thousands of little bugs.

Cars in Tune with Nature: Green Car Tips in Honor of Earth Day

These little bugs caused a big problem. One mayfly isn’t an issue, but when thousands of the little things coat the ground, you end up with accidents. In fact, a fire official stated that the insects caused three motorcycle accidents. All three incidents left the victims with only minor injuries, although their motorcycles were damaged. 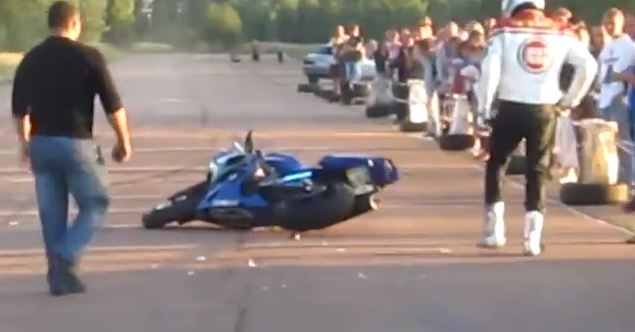 Hope you have mayfly insurance to cover this

After the accidents, officials shut down the bridge around 11pm. A coating of mayflies measuring one inch thick covered the entire Veterans Memorial Bridge. According to Columbia Borough Fire Chief Scott Ryno, nothing was visible for a quarter mile at the height of the swarm.

A crew PennDOT employees used a street sweeper to clean the mayflies off of the bridge. The bridge then reopened sometime around midnight.

An investigation led experts to believe that the mayflies had become attracted to new lighting that was added to the bridge, like moths to a flame. 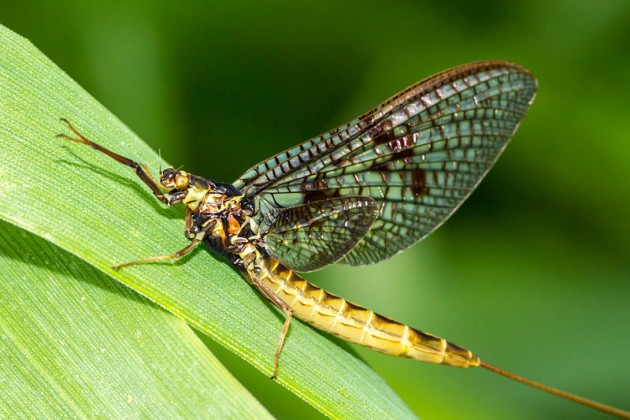 A closer look at the little bugger
Photo: Michael Palmer

With mayfly mating season in full swing, it might be advisable to leave a little early for work in case your daily commute is interrupted by a Biblical swarm of insects.