Taco Truck to the Rescue in Seattle Jam 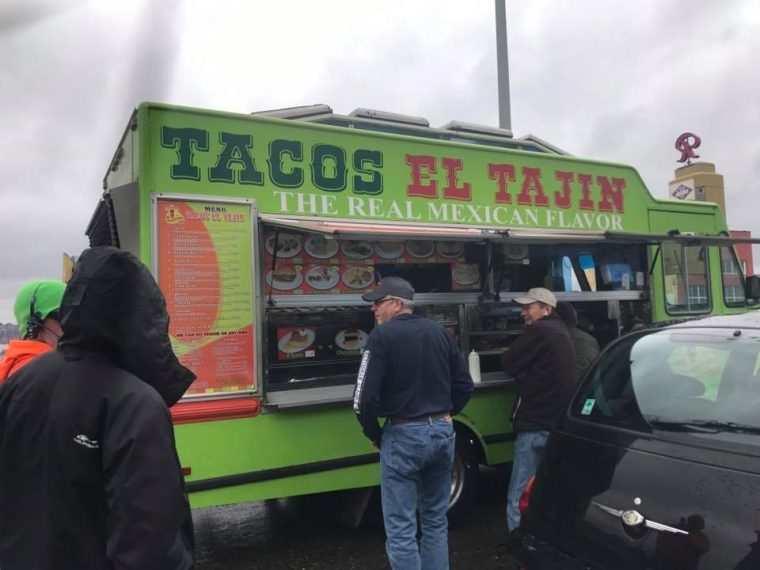 Being stuck in traffic is the absolute worst. Today in Seattle, a tanker truck carrying butane rolled over on I-5, which means that the roadway had to be shut down in both directions so that the very careful process of safely picking the truck up and setting its highly-flammable cargo to rights could begin. While some motorists could avoid the mess, several others were trapped on the highway around lunchtime with no relief in sight. That’s when they were saved by a taco truck.

That’s right, the humble taco truck helped keep several Seattle drivers from starving today, and should receive a medal or something. The food truck was caught up in the highway closure near the accident, leaving it no good way to flee the highway and set up shop. So it did the next best thing and opened for business right in the middle of I-5. Motorists with growling bellies got out of their now-parked cars and crowded around for some lunch and to stretch their legs while they were trapped. Diners reported to reporters that the service and food were both excellent. The taco truck might not be the hero Seattle needs (that would be a driver able to prevent a tanker rollover), but it is certainly the hero it deserves.

Traffic in #Seattle is so bad… that a taco truck is currently taking orders on NB I-5 near I-90. #Q13FOX Stand by for the video… pic.twitter.com/mVMeN1jDGe

According to the local Fox channel, the rollover closed the highway at about 10:45 am, and it closed both I-90 and I-5. I-90 reopened at 11:45, as did the ramp from I-5 to eastbound I-90. Unfortunately, the process of offloading the butane into another tanker only started at 1:50 pm local time, less than an hour ago, with no estimated time for the project to be complete. We wonder if the taco truck was able to escape the jam onto eastbound I-90, or if they have enough supplies to feed everyone dinner as well.