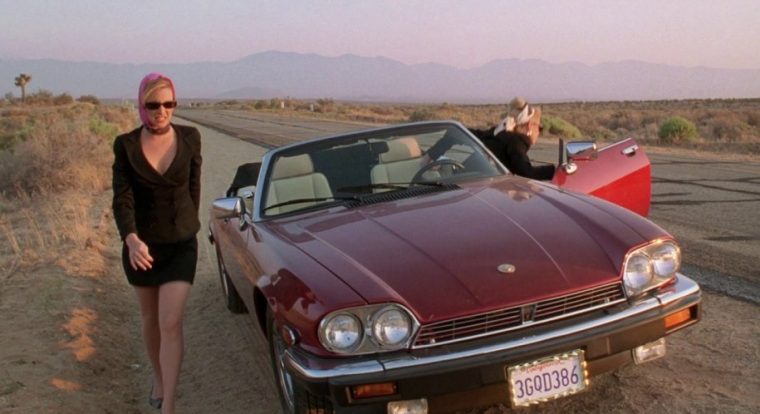 Today marks the 20th anniversary of the cult-classic Romy and Michele’s High School Reunion, starring Lisa Kudrow and Mira Sorvino as the fashion-forward duo. The film is arguably one of the best road trip-turned-high school reunion movies of the 90s and features many memorable moments inside a luxury vehicle.

After realizing that they are not doing as well as they thought they’d be at 28 years old, Romy (Sorvino) and Michele (Kudrow) devise a plan to show up to their 10-year high school reunion in Tucson, Arizona in a fancy car and business suits, in an attempt to appear more successful. Since Romy worked as a cashier at a Jaguar dealership in Los Angeles, she was able to borrow a 1989 Jaguar XJ-S from a mechanic, under certain circumstances. (“I am America, YOU are Columbus. Discover me, Ramon, just discover me.”) 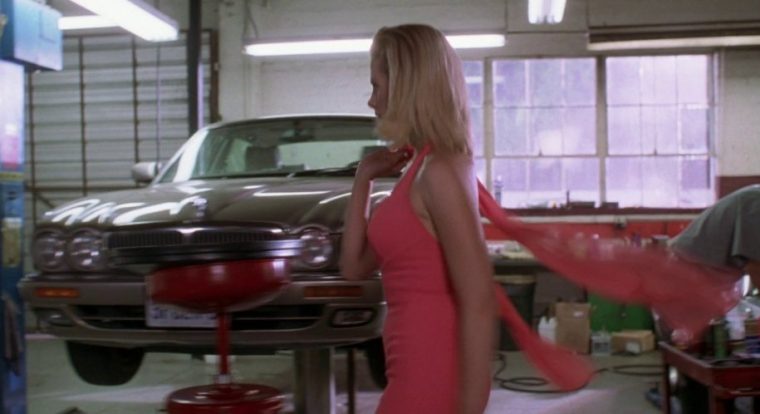 Romy, on her way to be “discovered”

“I have no idea what the rest of the lyrics are.”

The road trip begins with the pair singing along to “Footloose,” quickly followed by the Jaguar having some comical engine issues.

“No, not you. I was trying to scare your little boy.”

Shortly after, the ladies are cruising along the highway when a little boy in the back seat of a 1985 Ford LTD Country Squire starts making faces at them, with Michele quickly responding with silly faces of her own.

During a stop at Crazy Billy’s Truck Stop, Romy and Michele quickly realize that they hadn’t thought out the entirety of their plan and ultimately decide to say they invented Post-Its. An argument ensues, concerning which one of them actually invented the office supply, which then prompts the iconic, “I’m the Mary and you’re the Rhoda” phrase.

During a misleading dream sequence, Romy’s high school crush, Billy Christianson, sits inside the Jaguar with her and then they dance off into the night together. 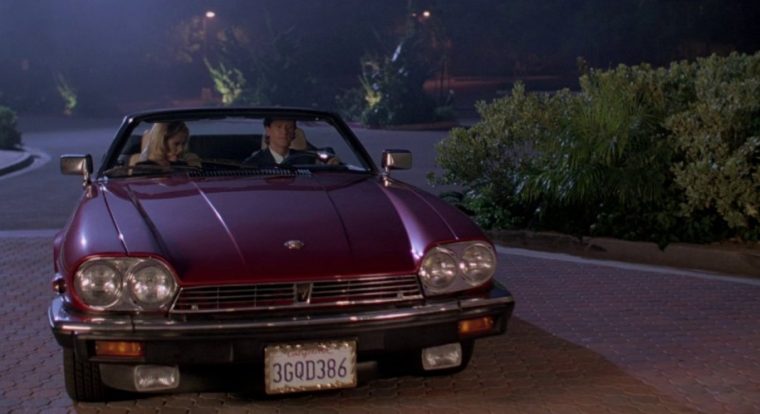 Unfortunately, the Jaguar XJ-S isn’t seen much after that. But the ladies did receive quite an upgrade at the end of the film, joining uber-successful classmate Sandy Frink inside his helicopter instead.

Now, if you’ll excuse me, I’m going to go home and celebrate the 20th anniversary of this film by blasting “Time After Time” by Cyndi Lauper.