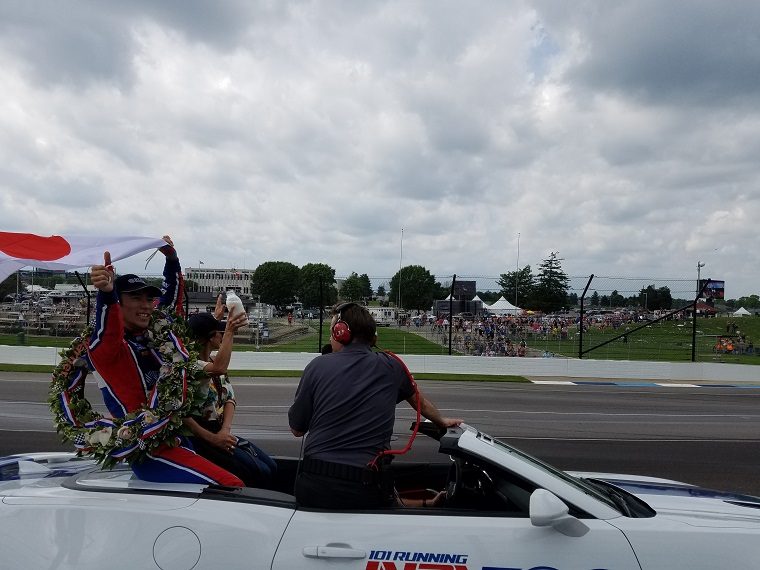 Takuma Sato won the 101st running of the Indianapolis 500 yesterday after passing and holding off three-time winner Helio Castroneves in the final few laps.

A record 15 drivers led at least one lap during the race, but Sato was the one to do it when it counted after the last of many caution periods.

One of the drivers who had been in the lead at the wrong time—on several occasions—was Fernando Alonso, the active two-time Formula One champion who recently declared his desire to earn the “Triple Crown of Motorsports.”

Despite having never driven an IndyCar a month prior to the race, Alonso looked as fast and as experienced as the most veteran drivers on the track. He led for 27 laps, set the fastest average speed of the race, and was regularly seen steadily moving his way up the field after every time misfortune fell his way.

Unfortunately for Alonso, misfortune did seem to follow him at every turn. When Scott Dixon was involved in that spectacular crash you’ve probably seen on YouTube already, it was Alonso who had been leading the race and by enough of a margin that Alexander Rossi, with whom he had been battling up until that point, would no longer benefit from his draft.

Later, another caution period would again spoil Alonso’s chance to get away from the pack, and later still the yellow flags and safety car allowed several cars to skip a pit stop, putting them between Alonso and a chance at the win with just a quarter of the race to go.

Undeterred, the Spaniard was finally beginning to build momentum and overtake his way through the field when the back of his car began to smoke: his Honda engine had given up, the irony of which wasn’t lost on anyone used to watching the champion race in Formula One.

Nonetheless, if a current F1 driver couldn’t win this Indy 500, then perhaps an ex-F1 driver like Max Chilton or Takuma Sato could. Chilton had the lead and a sizeable gap for a while, but Castroneves and Sato were able to catch up by drafting off each other.

Rossi, yet another ex-F1 driver, was unfortunately nowhere near the top at that point despite having looked strong all afternoon, after an issue with the fuel hose in the pits lost him too much time to recover.

Though the crowd around me was evidently rooting for Castroneves to win the race, I was glad and partly surprised to see how hard they cheered when Sato crossed the yard of bricks first instead. That atmosphere of good sportsmanship may get me to return next year.