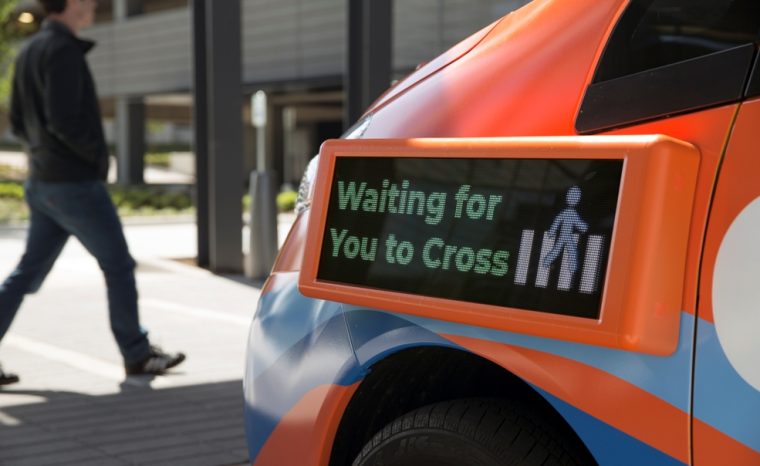 When you learned to drive a car, you learnt the basics like how to turn safely and how to interpret road signs. As you really got experience on the road, you picked up how to talk behind the wheel. Whether by flashing headlights, giving a wave, or thrusting a solitary finger, you now can speak through glass and metal. If the minds at Drive.ai have anything to say about it, talking self-driving cars will take communication on the road to the next level.

In 2016, we reported on Drive.ai’s first efforts to make a talking car. It was as a simple roof-mounted billboard that would flash text and an image to speak, such as the symbol for crosswalk and “safe to cross.” The company learned that wasn’t enough, and the new Nissan NV200 vans it’s testing have evolved to feature signs on the two front panels, the rear door, and the vehicle’s nose to make messages more visible. For example, if the vehicle has indicated to a pedestrian that it’s okay to cross, the back screen will tell impatient traffic that it’s waiting for the crosswalk to clear. 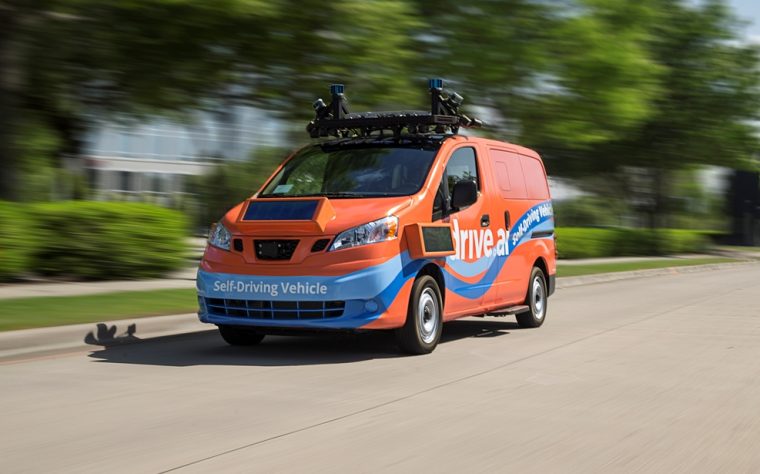 Drive.ai’s vans are not just a theory anymore. They have rolled out already in Frisco, Texas, as a shuttle service that connects an office complex to nearby apartments and an arena. A human developer is always in the front seat of the car to monitor the system, especially since developers at the Silicon Valley-based company are still ironing out the wrinkles in their autonomous car technology.

We’ll wait and see what comes out of Drive.ai’s testing in Texas. It’s a good idea to let self-driving cars talk to the vehicles around them to prevent accidents. Hopefully, this will make other automakers consider how their cars “talk” to others.