Mercedes has released a teaser video for the S63 AMG Coupe, and it’s pretty clear that whoever drew this one up watched the video for “Thriller” a whole buncha times before ultimately deciding “ah, the hell with it, we’ll just do the Vincent Price part from that.”

“Performance Art” is scored by dark ambient drone and horror movie-esque sound cues, which is particularly fitting given the poem recited by Vincent Bargain-Price:

Darkness has a companion tonight.
Small creatures prick ears and tremble with fright.
A sleek velvet phantom is making its way
through shadows, eyes gleaming. It´s searching for prey.

Masterful strides on dark forest tracks.
The prince of the jungle is poised to attack.
His muscles a-ripple, his heart pumping fast
the spectre, he´s ready, his appetite vast.

Feline musk impregnates the air.
Razor-sharp teeth are suddenly bared.
Like lightning he pounces, like thunder his roar
a sound full of power, great might to the fore.

Darkness´ embrace caresses the cat.
The growl is replaced, a purr in its stead.
All sated the phantom is slinking away
As dawn´s pearly light prepares a new day. 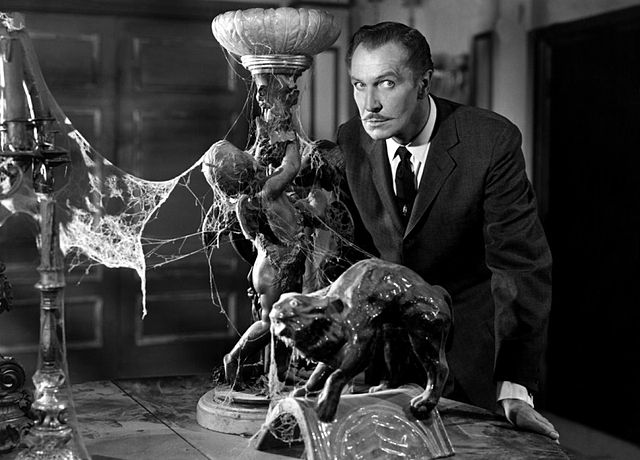 The poem was written for the teaser video for the S63 AMG Coupe by “Betty Stewart,” which we assume to be the nom de plume of the resurrected corpse of Edgar Allan Poe (if he decided that he was going to write about badass luxury cars instead of people slowly being driven insane). Even that line about the “feline musk” that “impregnates the air” screams Poe.

Well, it screams something, anyway. The ad, and the S63 AMG Coupe for that matter, scream something else entirely: “BUY ME!”