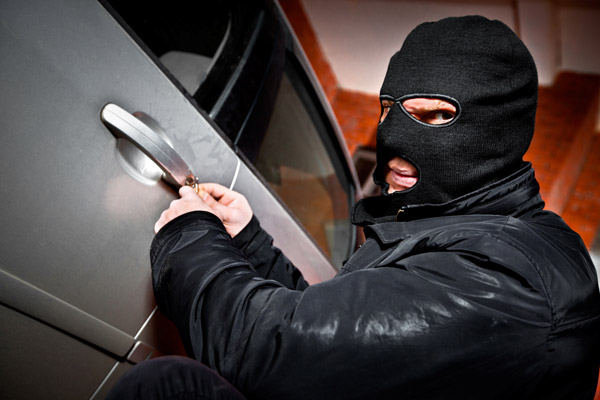 I sure hope this car has some giddy up or my time is up.

North Carolina is a beautiful place to visit, but you may not want to stay there long if you own one of these vehicles. According to the National Insurance Crime Bureau’s annual Hot Wheels report for 2017, here are the top ten cars crooks steal most in the “Tar Heel State.”

Its standard 2.4-liter V6 engine generates 169 horsepower at 6400 RPMs. It is fast enough to elude police? Only stupid criminals dare to find out.

Crooks may check under the hood to see if the turbocharged 2.0-liter engine producing 198 horsepower is present. However, if he or she is a bit on the chubby or tall side, the thief may regret the decision. Motor Trend observed that the model “felt noticeably tighter inside” than previous editions and “the hardest to get in and out of.” This should make getting in the back of a police cruiser easier as practice makes perfect.

2007 is the first year for the Impala to feature GM’s Active Fuel Management system with its 3.9-liter V6 engine. Active Fuel Management decreases cylinders to cruising speeds to maximize fuel efficiency. This would possibly ensure car thieves that they could go the distance in their sweet escape, but most likely go to jail.

The 2016 Toyota Corolla added an available Entune™ Audio Plus system, which enables pairing a Bluetooth® device to stream music and hands-free calling. With the feature, it may make sense for a renegade to call home saying, “Oh mama, I’m in fear for my life from long arm of the law.”

Learn More: About the high-quality sound system inside the Mitsubishi Outlander

Nissan’s SV trim level for the 2015 Altima offers the driver more flexibility with an eight-way power driver seat. If a man or woman is on the run, he or she will want to at least feel comfortable driving. But I digress. Comfort for a criminal is temporary when a getaway vehicle runs out of gas.

1999 was the first model year for the Silverado 1500 and 2500 pickup trucks. For any criminal who is a fan or collector, driving one might make his or her day before paying for it in court.

With exceptional fuel economy, it is no surprise to see the Honda Civic make this list. Nationwide, it was the top vehicle to go missing in 2017 with over 45,000 thefts.

Getting behind the wheel of a stolen 2007 Camry may initially thrill a criminal, but he or she may grow bored in the middle of his or her trip. Consumer Reports concludes that the Camry is “capable, quiet and well rounded…but not exciting to drive.”

2004 was a redesign year for the F-150, which won it praise from car critics including the Motor Trend 2004 Truck of the Year. This model consisted of 46 different body configurations to choose from. A trendy truck makes for a popular prize for a bandit.

This marked the fifth generation of Honda’s mid-size car. It was wider than its predecessor, so any criminals traveling in packs that wanted to stay low to the ground would choose this vehicle to get around.

Before you change your vacation plans or become a paranoid resident of North Carolina, understand that proper procedures go a long way in maintaining your car’s secure. Keep your vehicle n your garage at home, and park it in a well-lit area with security cameras when you are out in public.