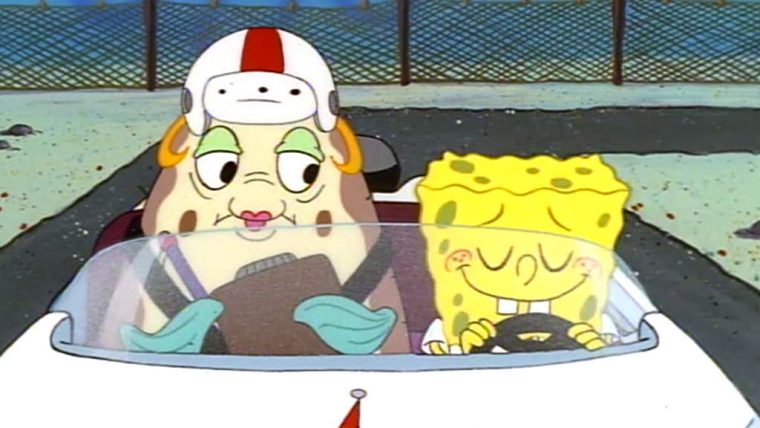 You’d think that he would have “absorbed” some driving skills by this point
Photo: Nickelodeon Animation Studios

Nickelodeon staple SpongeBob SquarePants premiered 18 years ago on July 17, 1999, easily making it one of the longest-running children’s programs of all time. If you were born the same day that SpongeBob premiered, you would officially be an adult.

During the show’s lengthy history, SpongeBob himself has been many things: a fry cook, a jellyfisher, and a connoisseur of karate. However, one thing that SpongeBob has never been is a licensed driver, or boater as the case may be. 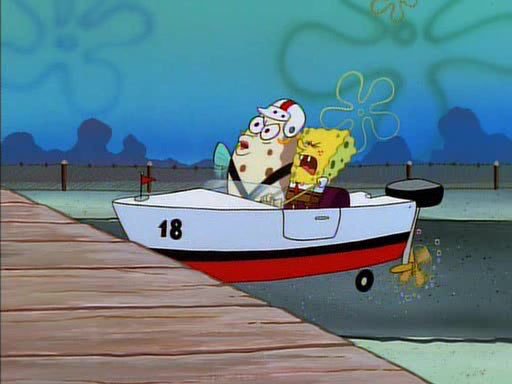 SpongeBob behind the wheel is a sure sign of danger
Photo: Nickelodeon Animation Studios

Indeed, like tortured Sisyphus pushing that big old boulder up a hill with no end result in sight, Mr. SquarePants has never been able to earn his boating license. The more tortured soul may just be his driving instructor, Mrs. Puff, who has been in the passenger seat for the whole ordeal.

Over the course of the series’ 10+ seasons, there have been a great number of episodes where SpongeBob attempts to earn his boating license, and they are some of the show’s best segments. So are you ready kids (and kids at heart)? Because we’re going to engage in some nautical nonsense by examining the best SpongeBob SquarePants boating episodes.

If Nautical Nonsense Be Something You Wish: Spongebob-Inspired Toyota Sienna Wows at LA Auto Show 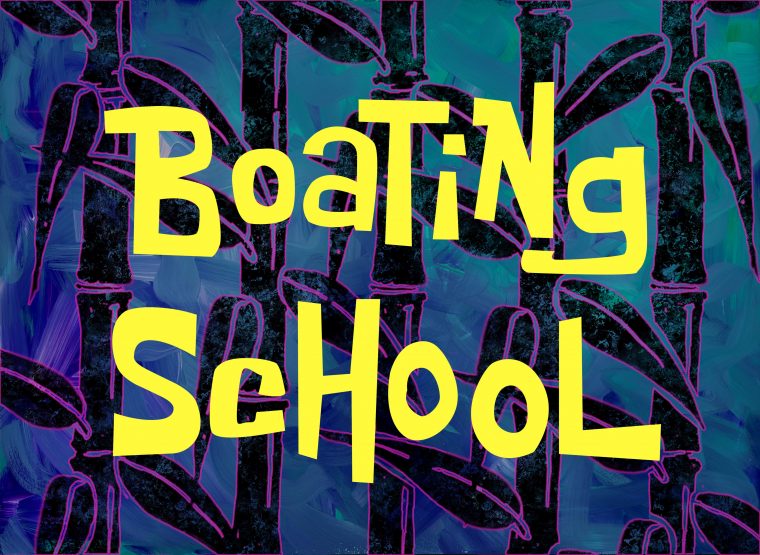 What better place to start than with the very first boating school episode? The appropriately-titled “Boating School” not only introduced audience members to Mrs. Puff, but also introduced us to SpongeBob’s ineptitude for driving.

Of course, as this is an earlier episode, the high-speed hi-jinks aren’t exactly as over-the-top as they would be in later seasons. Still, SpongeBob determines that the only way that he’ll pass his driving test is with a little help from his best pal Patrick Star, who is using a hidden walkie-talkie to give SpongeBob instructions.

At the end of his test, however, SpongeBob realizes that this technique is technically cheating, which sends him and Patrick into a panic. Said panic costs Mr. SquarePants the test, setting up a lengthy future of driving test failures for the porous protagonist.

Fish: Hey, I just got my license!
SpongeBob: Hey, I’m getting mine next!
Fish: Hey, I doubt it! 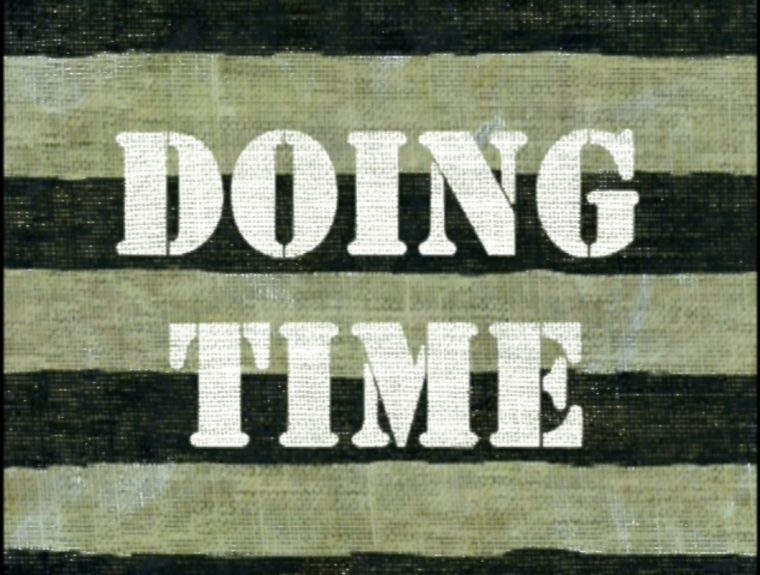 Unfortunately for Mrs. Puff, SpongeBob’s on-road antics can sometimes land her in the slammer. Perhaps her most famous stint behind bars was in the Season 3 episode “Doing Time.”

Following another disaster of a driving test, the police drag Puff off to prison for “negligence.” While there, Mrs. Puff begins to enjoy prison due to the fact that she is away from SpongeBob.

SpongeBob feels responsible for Mrs. Puff’s incarceration, so he recruits Patrick to help bust her out. Of course, the multiple endings leave us wondering if any of the events happened in the first place. 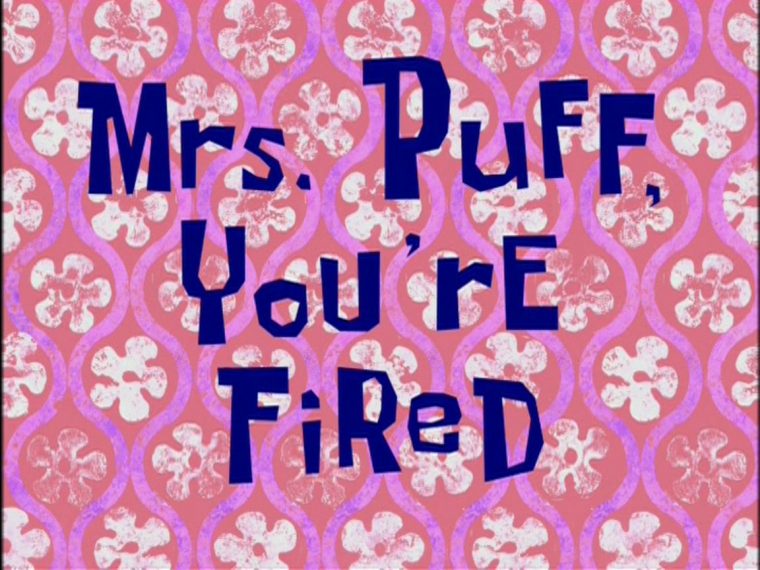 While it’s generally agreed upon that later seasons of SpongeBob SquarePants have taken a major dip in quality, there are still a few gems among them. One such gem is the Season 4 episode, “Mrs. Puff, You’re Fired.”

Following an evaluation, it is deemed that Mrs. Puff is not suited to teach students like SpongeBob how to drive, and thus she is fired. Her replacement is Sergeant Roderick, a shark with a nasty drill sergeant attitude.

Roderick’s rather cruel and unusual training techniques end up being his and SpongeBob’s undoing during his test with the new instructor. He fails, Mrs. Puff is rehired, and the status quo is returned. 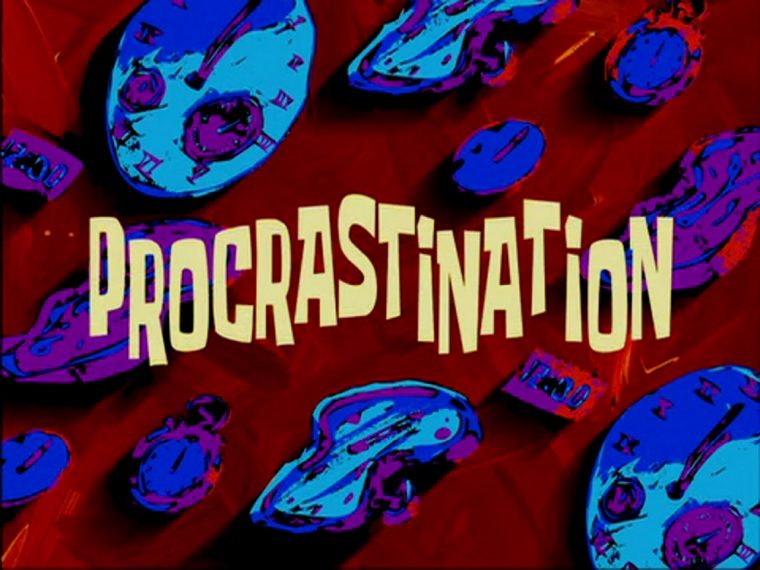 So technically Mr. SquarePants doesn’t take his boating test in this episode. However, he does have to write an essay on what not to do at a stoplight in no less than 800 words.

Once he gets home to his pineapple under the sea, he finds it difficult to actually sit down and finish the assignment. It’s a scenario that any student or writer is quite familiar with.

Following some bizarre hallucinations, SpongeBob finally finishes his essay, only to learn that Mrs. Puff has cancelled the assignment in lieu of a field trip to an actual stoplight. Another scenario that students should be quite familiar with. 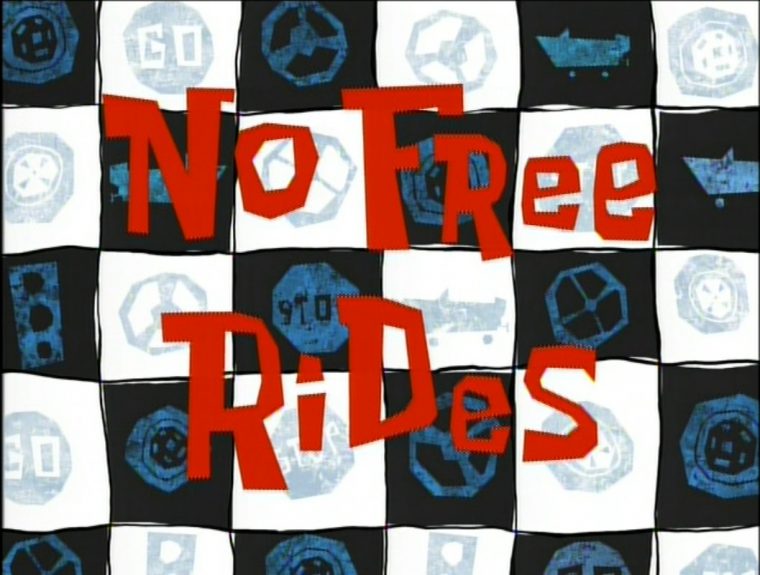 All of the boating episodes listed so far have been hilarious. However, the holy grail of SpongeBob comedy is undoubtedly the season two episode “No Free Rides.”

After another failed driving exam, Mrs. Puff dreads the possibility of another year with Spongebob in her class. Therefore, she gives Spongebob all the points he needs to pass through an “extra credit” assignment.

Quickly realizing the chaos that she has potentially unleashed on the residents of Bikini Bottom, Mrs. Puff attempts to steal SpongeBob’s new boat. While Puff relinquishes SpongeBob of his destructive new means of transportation, she is still saddled with the task of being SpongeBob’s personal boating instructor. After all, suffering is the source of all good comedy.

SpongeBob: Who are you and what are you doing with my boat? And why are you wearing that ski mask?! Because you’re not skiing! Oh my gosh, I know who you are!
Mrs. Puff: No, you don’t! You don’t know who I am!
SpongeBob: Yes I do! I know that you’re…a boat-jacker!